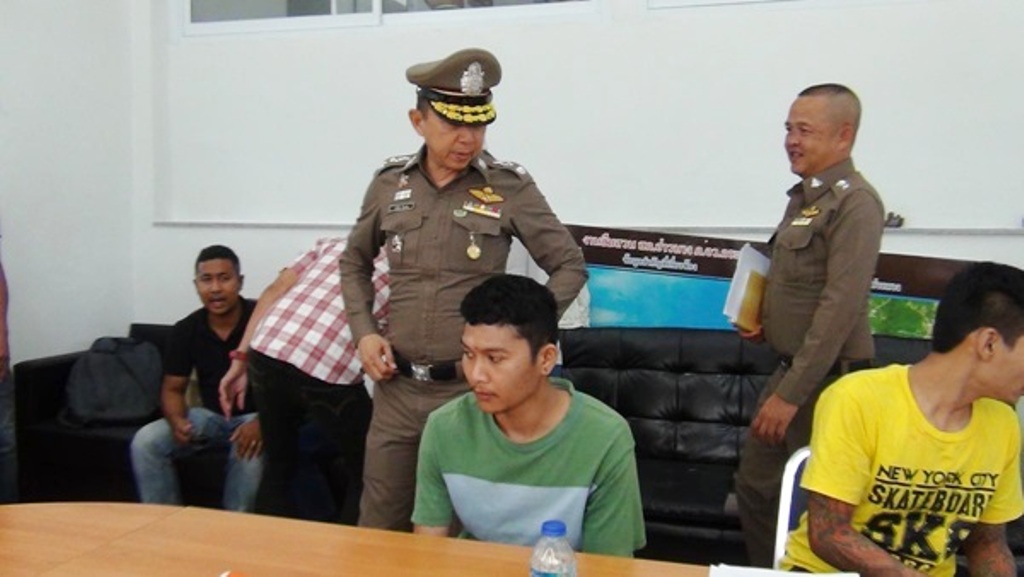 Police in Krabi have arrested a motorcycle-taxi driver accused of slashing a Norwegian tourist with a 70-centimetre machete. Krabi police arrested Kiatsak Boonrabieb, 21, on Wednesday for attempted murder.

His elder brother was also arrested. Both men resisted arrest but relatives persuaded them to cooperate with the police, Thai visa reported.

Norwegian tourist, Mr. Ole Kristian Krogh, was slashed on February 2 by the driver of a motorcycle-taxi he’d hailed to take him to his hotel.  Mr. Krogh told police he was taken to the wrong hotel and he and the driver began arguing. The driver then pulled out a machete and attack him.

The Norwegian raised an arm to defend himself and suffered a deep cut. The motorcycle taxi driver also extorted Bt200 from Mr. Krogh. Employees of the hotel where they’d stopped took the Norwegian tourist to a local hospital.

Police claim Kiatsak confessed to the crime and was tested for the use of illegal drugs.

Meanwhile the media reported that motorcycle-taxi drivers went to the police station in Krabi to discuss ways to avoid a repeat of the incident. They think that drivers should be tested for drugs. Also there should be more police patrols on the beach road.

Even more they also blamed many incidents on tourists on the beach taking drugs. The tourists can’t control themselves, said the motorcycle-taxi drivers, there has been a lot of trouble related to this.

Since the initial arrest his brother was rearrested for drinking krathom tea, an illicit drug.