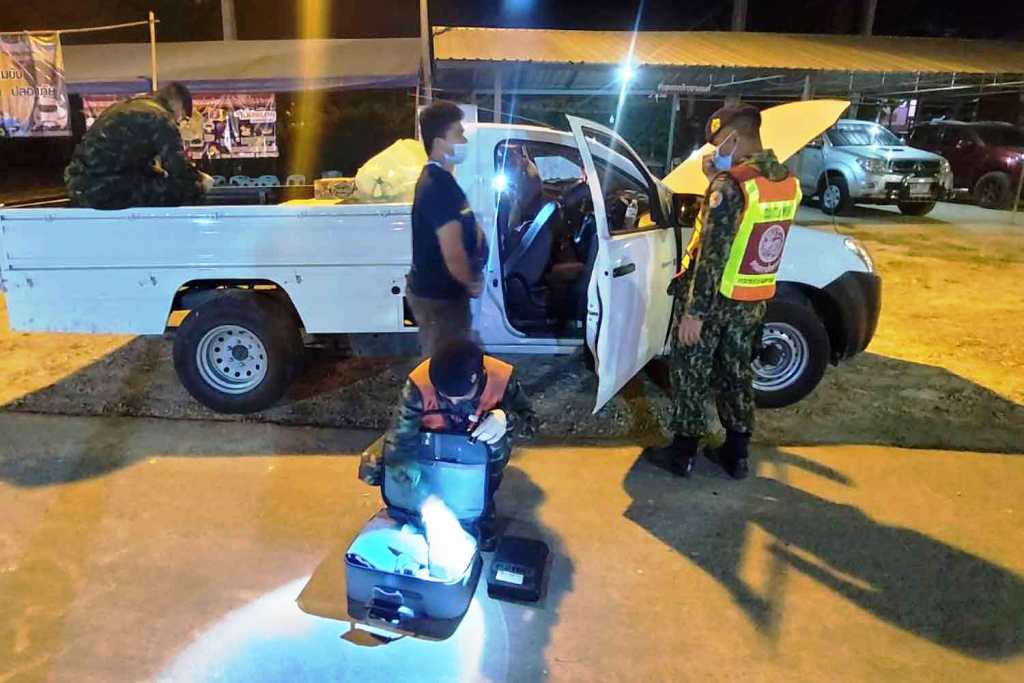 Two Myanmar migrant workers were arrested for violating a travel ban on migrant workers, to stem the spread of Covid-19. They were detained about 9.30pm after a pickup truck they were travelling in was stopped for a search at a checkpoint in Kanchanaburi.

Tha Ni, 24, and Maung Win, 52, told police they were travelling from their workplace in Nakhon Pathom, heading for Sangkhlaburi. They were handed over to Immigration police for legal action.

Violators of the travel ban in Thailand are liable to up to one year in jail and/or maximum fine of 100,000 baht under Section 52 of the Communicable Disease Act (2015).

Meanwhile, two Thai Nationals from Narathiwat province were caught climbing over a border fence, from Myanmar in Kanchanaburi, on Tuesday night. A man and a woman, were spotted by a team of immigration officers, soldiers and police. They were climbing over the fence along the border behind Wat Phra Chedi Sam Ong. They were not carrying anything illegal and their body temperatures, checked as a precaution against Covid-19 infection, were normal, said Pol Col Chokchai Taecharoen, deputy immigration inspector in Kanchanaburi.

The pair were taken to a police station and faced charges of violating the Communicable Diseases Act. An order issued by the Kanchanaburi provincial disease control committee. Also being Thais who did not enter the country via legal channels under the Immigration Act.

Pol Col Chokchai said the two confessed they had earlier crossed the border into Myanmar on Dec 22 to visit friends in Payathonzu town. They climbed over the fence behind the temple at night.

When they decided to return to Thailand they had climbed back over the same fence at the same place, and were caught.