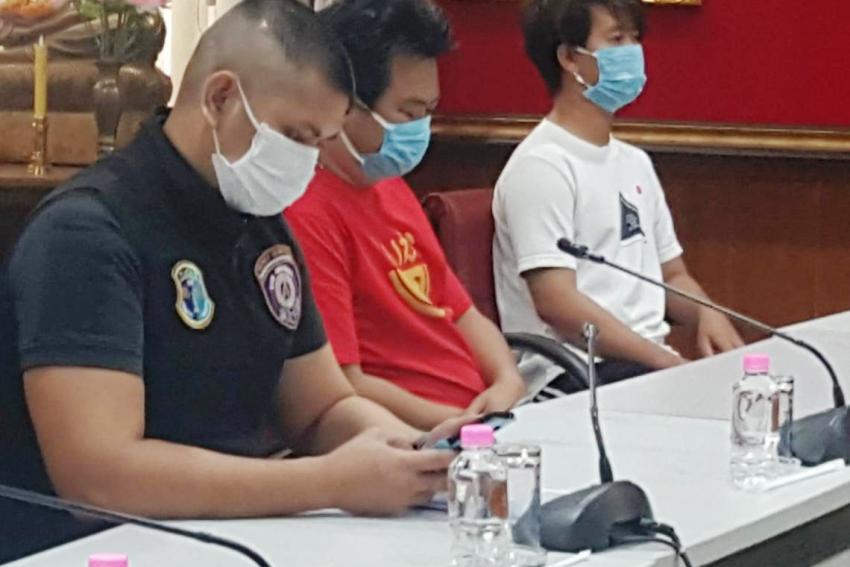 Police in Northern Thailand’s Chiang Mai province have arrested a man posing as a woman to blackmail a university student online. The 20 year-old Thai man has been charged with extortion.

Acting on an arrest warrant by the Criminal Court, the Anti-Trafficking in Persons Division (ATPD); and the Thailand Internet Crimes Against Children (TICAC) Task Force arrested Natthawut Klinhom, 20.

According to the authorities, the victim, 19, filed a complaint against Mr Natthawut, accusing him of blackmail.

The victim said he met Mr Natthawut, posed as a woman, online and the two started a romantic relationship on social media.

He said Natthawut started asking for nude photos and he obliged. However, Mr Natthawut then began extorting money from him. He allegedly threatened to release the pictures online if the victim refused to pay.

The student initially paid, but he could no longer do so after spending 19,000 baht. The victim then filed the complaint with police, which led to Mr Natthawut’s arrest.

The authorities raided Mr Natthawut’s home in Chiang Mai and found the student’s photos on his computer and mobile phones. Mr Natthawut reportedly confessed, saying he committed the crime for the money.

Pol Maj Gen Weerachon Boonthawee, in Chiang Mai said the TICAC was informed by the FBI in the USA that an individual in Thailand had downloaded large quantities of pornography involving minors.

Mr Piyawat reportedly confessed he downloaded pictures of underage girls, because he was bored while under self-isolation.  Pol Maj Gen Weerachon noted that it is illegal to download nude photos of individuals under 18.