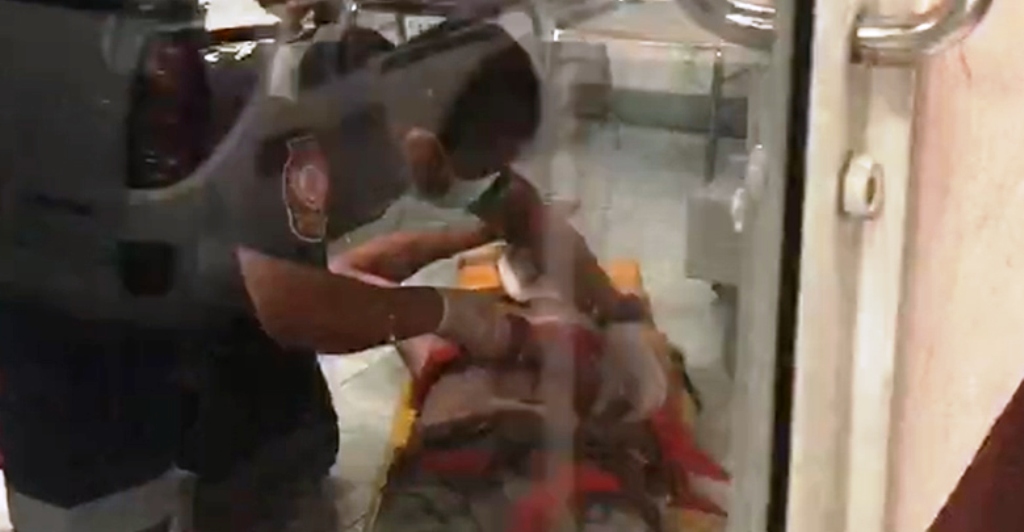 The incident took place on 3 October 2020 when a man entered a mall Nonthaburi, Thailand. According to security guards the man came in without a mask and started taking his shirt off. The security guards came running to warn the customer about wearing a face masks and the malls dress policy.

Local police revealed that the man had 3 knives on him. 2 small kitchen knives, and a pocket knife. The security guards and good citizens helped hold the man until police arrived. Police have started an investigation and collected evidence including interviewing all witnesses in the mall.

The suspect has been arrested and charged with assault with a deadly weapon.

A mall witness told Thai Media that the man walked into the mall with no mask on, a security guard went to warn him and an argument started. Other security guards nearby walked over and the man pulled out a knife. He started attacking the security guards.

Police said the man had a criminal history of armed robbery and had recently been released from prison. He was identified as a former convict who had served jail terms three times in Chiang Mai prison. The police also found an HIV patient card on him.