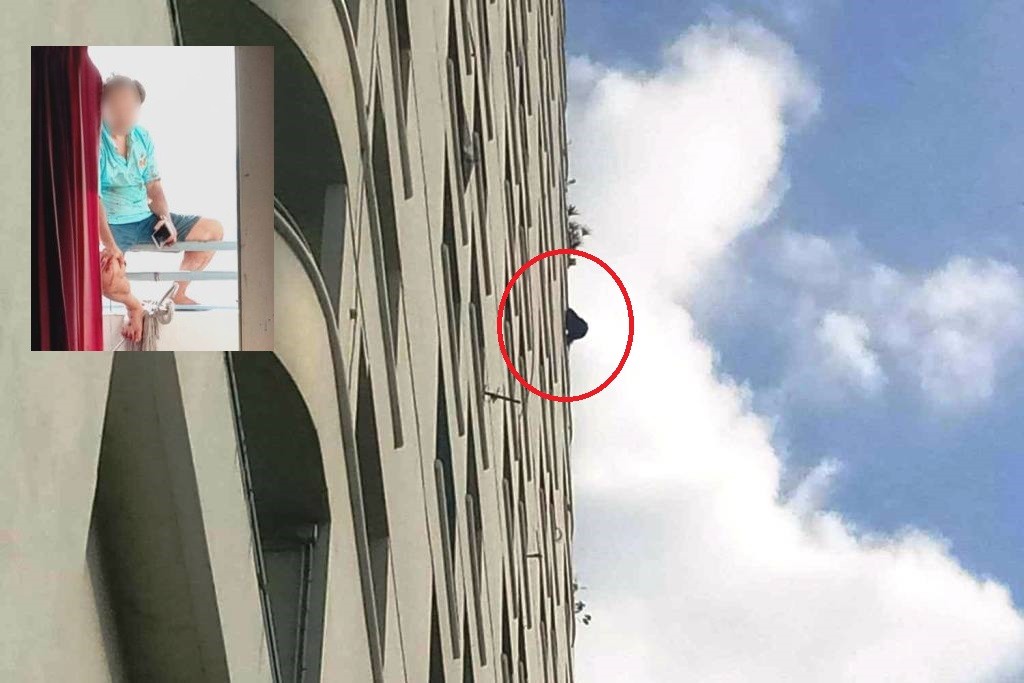 A man jumped to his death from a high-rise condominium in Bangkok after slashing the throat of his ex-wife. Police reported he slashed his ex-wife’s throat, stabbed her mother then jumped to death, Tuesday morning.

Police and rescue workers were summoned to the condominium on Therd Thai Road in Bangkok on Tuesday morning. There they found two women badly wounded inside a room on the 18th floor.

A man, identified later as Thana Diewduangsil, 56, was found sitting on the edge of the balcony. The Bangkok Post reported.

Ms Rattana Pinkham, 42, (the ex-wife), sustained a deep slash wound to her throat. Rescue workers tried to help her, but she died due to severe blood loss. Her mother, Saowanee Pinkham, 70, had her wrists slashed and was rushed to a nearby hospital. A five-inch knife was found inside the room.

Mr Thana threatened to jump from the balcony and police had tried to calm him down. However he finally jumped and landed behind this high-rise condominium building. He was rushed to a Bangkok hospital and pronounced dead later.

A Bangkok police investigation found that Mr Thana was a former husband of Ms Rattana. Before the incident, the woman called to invite him for drinks at her condo room to celebrate her birthday. They drank until Tuesday morning and later had a heated quarrel allegedly stemming from jealousy.

Mr Thana then reportedly used a knife to slash his ex-wife throat. Her mother, who was inside a room, immediately came to help her daughter, but he slashed her wrists.

Thai media reported that the man sang a song before jumped to his death from the Bangkok condominium.