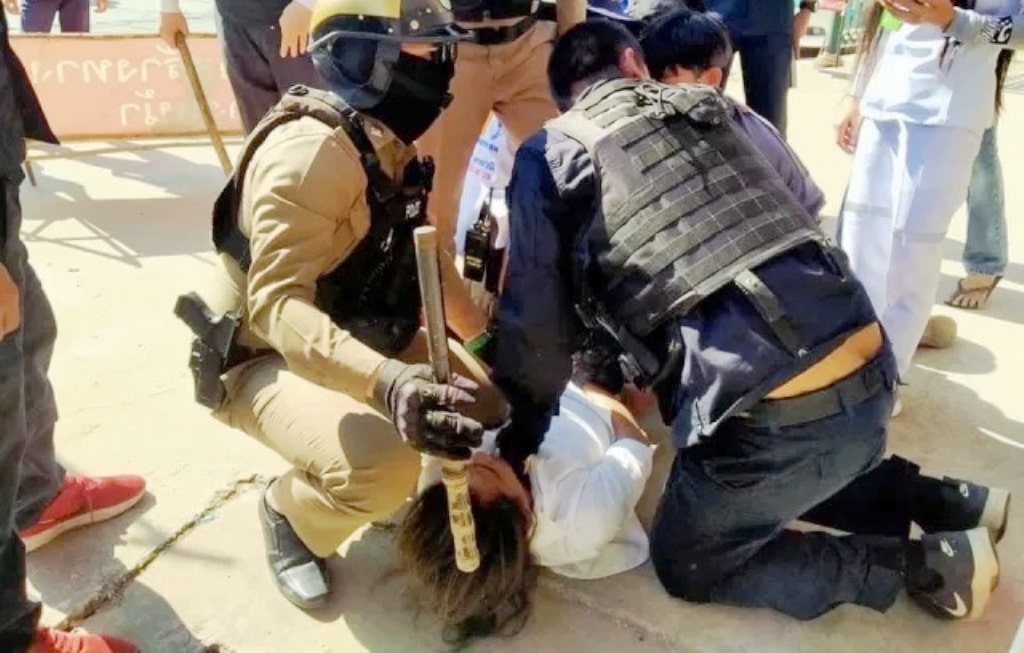 A man police believed to be high on methamphetamines, went on a drug fueled rampage in northeastern Thailand, killing two teenage girls and wounding four other women and a 13-year-old boy in knife attacks in Udon Thani.

He was later identified as Itthiphol Imphueng, 31, from Udon Thani’s Nong Wua So district, who worked at a slaughterhouse. Police said the man went on a motorcycle around the town and started to attack people with a knife one after another.

The first victim was Anchaya Boonyingyuan, 16, whose neck was slashed by Mr Itthipol on Si Chom Chuen road behind the provincial central prison. The girl was rushed to Udon Thani Hospital where she was pronounced dead.

The second was a 22-year-old woman, Cholada Hinkham, from Muang district, who was attacked on Surakan road. She was stabbed in the neck and killed on the spot, Thai Media reported. Mr Itthipol continued with the knife attacks, wounding four other women and a 13-year-old boy at different spots on the roads.

Police launched a manhunt on being reported of the attacks and spotted Mr Itthipol at the five-way intersection with a clock tower on Prajak road. He was chased by police and a large number of people. He was finally caught and brought to the police station.

Mr Itthipol appeared to be high on drug and gave a confusing statement during an inquiry. He was initially charged with premeditated and attempted murders.

Meanwhile, police in Udon Thani are still looking for a woman who abandoned a newborn baby girl at the side of the road. The newborn was found on the Mumon-Nakwang Road by a woman from the neighbouring province of Amnat Charoen.

27 year old Watchara Jaruchai was driving home after making merit at a local temple, when she spotted the baby by the roadside.

It’s understood the baby, who Watchara named, “Wanmai” (New Day) is now in a stable condition in hospital. Medical workers say she was only around 4 hours old when she was abandoned, and was suffering from dehydration and dry skin, as well as being covered in insect bites.

Meanwhile, police plan to talk to hospitals in the area as part of their investigation into the mother’s whereabouts.

“The umbilical cord was cut rather cleanly so the mother might have had someone who knew about childbirth. We will search surrounding areas to identify the mother and ask nearby hospitals if they have any clues.”