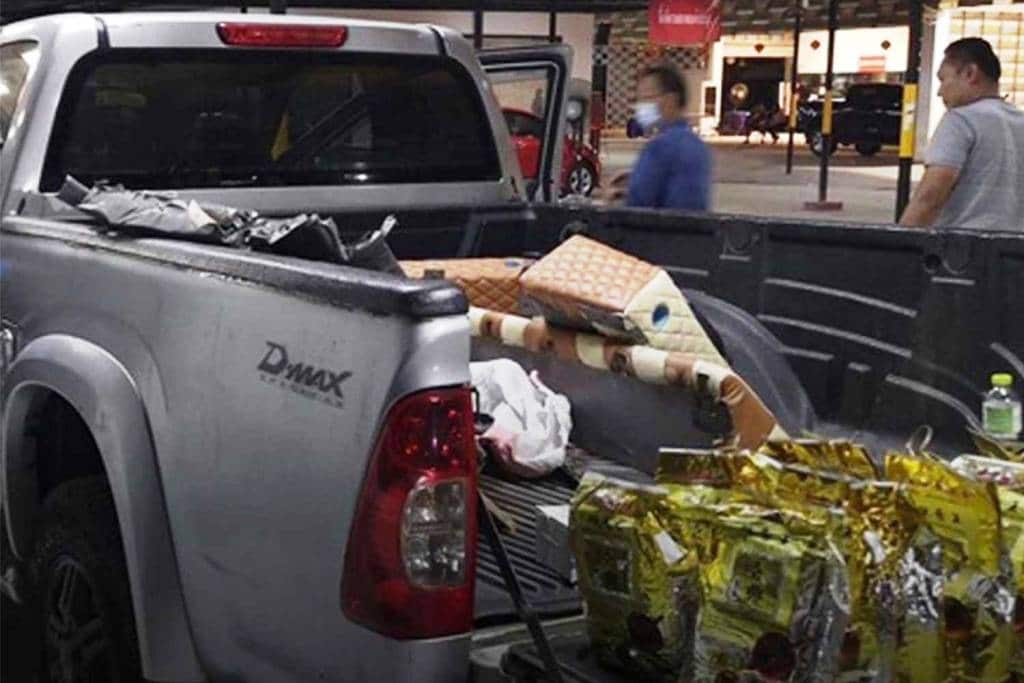 A man who purchased a pickup from a vehicle auction has found twenty kilograms of crystal meth in secret compartment while he was installing a new stereo system.Upon the discovery he immediately returned the pickup to the vehicle auction agency in Bangkok, police said on Saturday.

Police and forensic investigators were called to the vehicle auction firm on Friday night after the company informed them about the vehicle owner’s discovery.

They found 20 packs of crystal meth, each weighing one kilogram, hidden in a secret compartment of the Isuzu D-Max. Police discovered the pickup had been involved in a drug seizure in Satun on Sept 17, 2018.

Drug smugglers had parked the vehicle at a palm oil plantation in tambon Nikhom Pattana of Manang district in the southern province before fleeing the scene. When local police arrived, they found 280kg of crystal meth inside the vehicle.

The police officers later returned the pickup to Thanachart Bank, which owned the vehicle. The bank later asked the auction firm in Bangkok to put it up for sale. It attracted a winning bid of 200,000 baht.

But when the new owner started making preparations to install a car audio system in the vehicle, he found more drugs that the Satun investigators apparently had missed, police said.