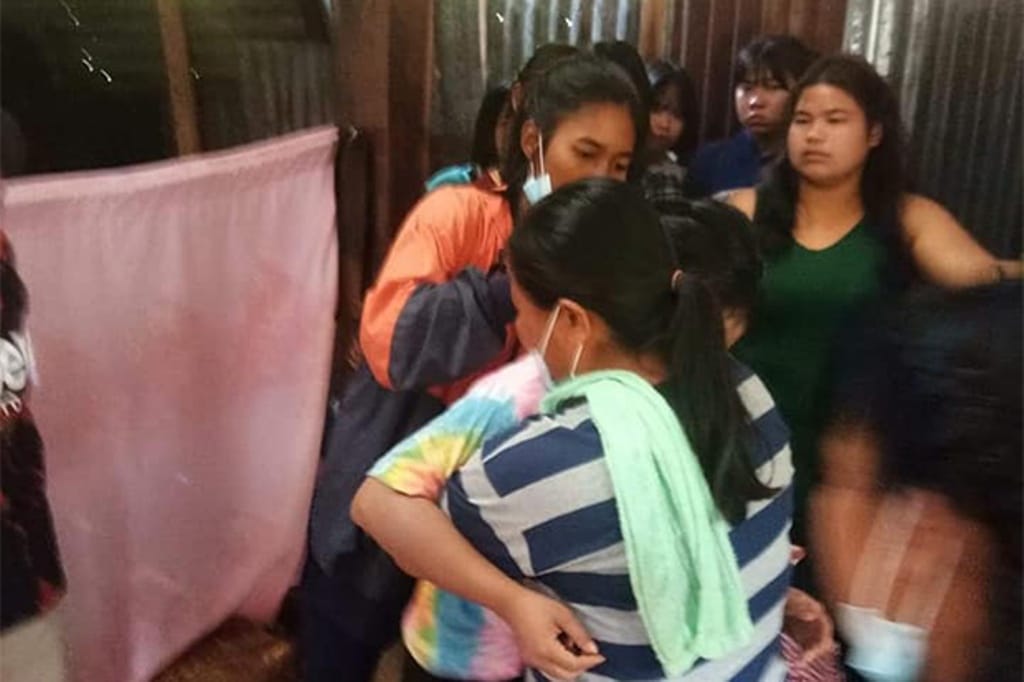 A 20 year-old man who failed to appear for his wedding ceremony is now facing the wrath of the law, as well as his father-in-laws and the jilted 15 year-old bride.

Plice in northeaster Thailand’s Nakhon Ratchasima said Wednesday the had pressed charges against Theeraphat Khemsunthia, 20, for raping and sexually abusing a person under 18.

The charges were filed by Som Yusamran, the father of the 15 year-old bride, after the groom failed to appear at the wedding ceremony on Sunday, to the shame and embarrassment of all present.

Video clips posted on the Facebook account of Wilaiwan Yusamran on Monday showed her crying and being comforted by people around her at the house where the ceremony was to take place.

“It hurts,” a woman said in the clip. The couple had met seven months previously.

The young girl’s family had reportedly had borrowed an unspecified sum of money to pay for the wedding. Using a land plot as collateral, and were apparently expecting to pay back the loan from the Sin Sod paid by the groom.

A “Sin Sod”, or Thai dowry, is supposed to be given by the groom to the bride’s family so as to be repaid for the loss of their daughter. This assures the Sin Sod family that the groom is financially able to support and care for their daughter and is expected in Thailand.

Mr Som said he and his wife initially planned to talk to the groom, but were advised to instead seek legal action and talk to a creditor to delay payments.

Pol Col Somchai Komphayak said the charges against the groom were criminal and were not open to negotiation.

They had interrogated Mr Theeraphat and he promised to marry the girl once he had the money. He would be officially informed of the charges later, the police chief said.