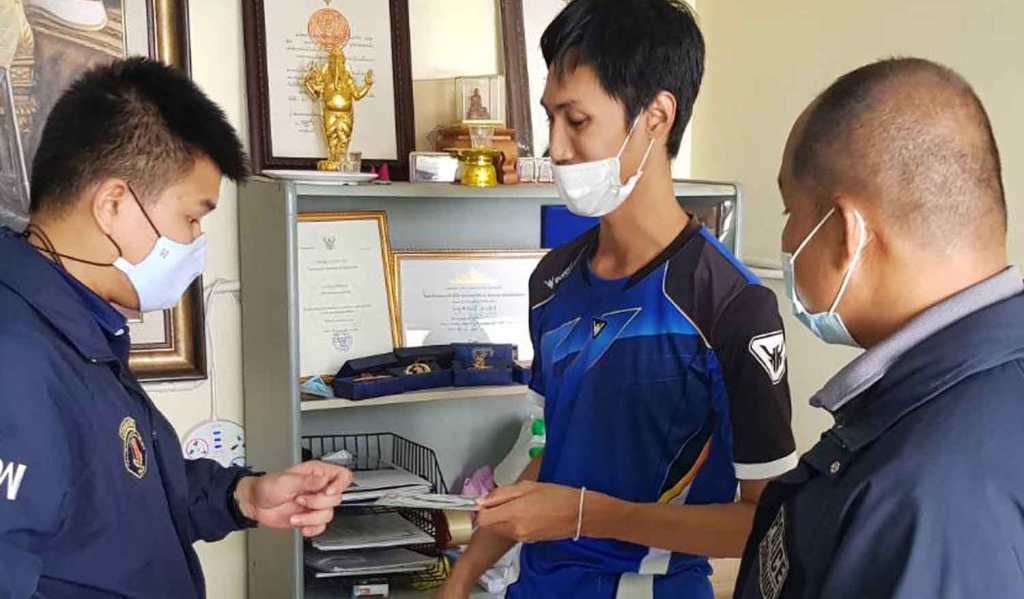 Police have arrested a man for using Facebook to dupe people into paying him 7,000 baht each for a badge and certificate for commando police. The certification was allegedly for the Special Operations Division police under the Central Investigation Bureau.

Mr Natchathorn is accused of posting on Facebook under the names of “Thai Development Institute” and “Sayamkunakorn Company”, claiming he could manage to obtain a “Sayop Ripu Sathan” badge and a certificate of honour issued by the Special Operations Division for anyone who was interested.

Each of the certificates cost 7,000 baht and were to be delivered by postal mail, he claimed. The badge and the certificate are usually awarded to police officers who pass a special training course for commando police.

In the raid on his house in Samut Sakhon, police seized a notebook computer, a desktop computer, three mobile phones, police and military badges of various types, memorial pins and some documents.

Pol Lt Gen Torsak said many people became victims of the scam. Apart from the 7,000 baht, they also sent Mr Natchathorn copies of their identification cards and other documents. After failing to receive the items, some then filed complaints against Mr Natchathorn at the Ratchaburi police station.

Mr Natchathorn confessed to have made about 500,000 baht from the certificate scam during the past 12 months.

He was handed over to the Ratchaburi police station and charged with cheating the public and violating the Computer Crime Act.