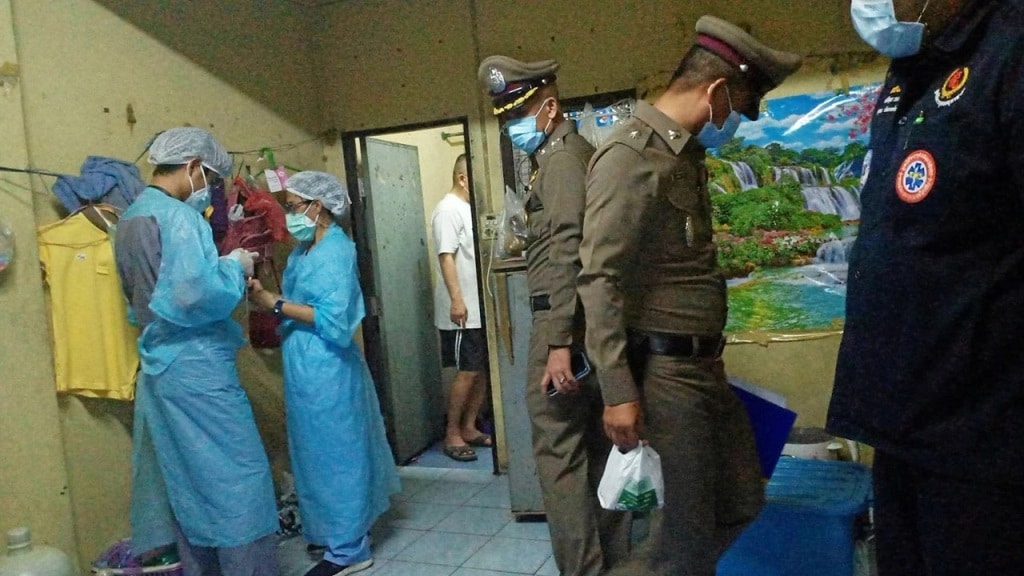 Police in central Thailand report an enraged husband beat his young wife to death with a steel bar before shooting himself in the head with a shotgun in Khao Yoi district of Phetchaburi province on Saturday. The tragic incident was reported to the 191 emergency centre at about 8.39pm.

There they found Mr Wichai Leeka, 43, and his wife Ms Thanthip Pothong, 21, lying dead in the car tire repair shop.

According to Pol Lt Col Sompong, Mr Wichai shot himself in the head with a shotgun. The body of Ms Thanthip was found lying nearby, with her hands tied behind her back. Her head and body had been brutally beaten with a steel bar. Police recovered a shotgun and a steel bar with blood stains in the car tire shop.

Pol Lt Col Sompong said police were first alerted by a relative of Wichai, who told police that he received a telephone call from another relative who lived in Ayutthaya. He said Mr Wichai had just called him and said he had killed his wife and was about to take his own life.

The man rushed to the shop and knocked on the door, but received no answer. He then called 191 police. When officers arrived, they had to break open the door and found found the bodies of Wichai and his wife.

An investigation was underway to establish what led to the murder-suicide.