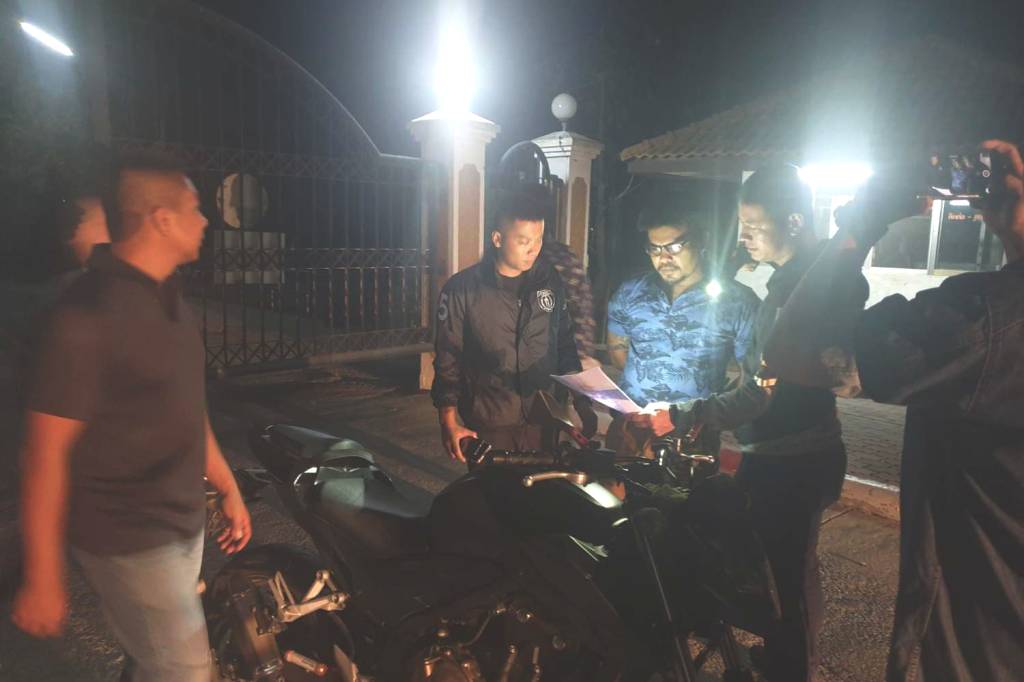 A 37 year-old man has been arrested for allegedly raping a 16 year-old girl in central Thailand. He is accused of videotaping the rape then offering it for sale on his Facebook messenger and Twitter accounts.

Mr. Suchart Charoenphol, 37, was apprehended by police in front of a high school in Muang district of Suphan Buri.

He was wanted on an arrest warrant on charges of raping a 16-year-old girl and human trafficking. Also producing videos and distributing child pornography.

Anti-human trafficking police investigated and then went undercover. An officer posing as a customer ordered a video from the Facebook user, who gave a bank account in the name “Suchart Charoenphol” for payment.

The girl in the video was found to be a Mathayom Suksa 4 (Grade 10) student in Suphan Buri.

Investigators also brought in officials from the Ministry of Social Development and Human Security to help the girl.

The girl told officials she had met Mr Suchart through Twitter. They had chatted at first and over time became close. One day, he picked her up on his big bike after she attended a tutorial course.

He said he would take her on a tour, but they ended up in a love hotel where he raped her. He also made videos of the rape and forced her to take still photos.

Afterwards, she was fearful and ashamed, and dared not tell anyone about the rape or videos.

After the arrest of Mr Suchat, police found pornographic videos and stills of the 16-year-old victim on his mobile phone. Mr Suchart allegedly confessed to all charges and was held in police custody for legal action.

The suspected of preying on other school girls and the investigation is continuing, Pol Col Apisant told the Bangkok Post.

The Crime Suppression Division (CSD) has also identified rape as the “No.1 public enemy” in Thailand. Thai Authorities  are struggling to reduce rape incidence that have been rising to alarming levels across the country.

CSD chief Pol Maj Gen Jirabhop Bhuridej said that the latest increase warrants special attention. Above all because the motives and victims have changed significantly.

“Previously, most rapes were carried out spontaneously by lust-driven men who preyed on unsuspecting women,” he said. These days, he continued, many of the victims are underage, and rapists are using social media.

“The pattern has changed. Victims who were raped by complete strangers account only for one-fifth of all cases now,” he said. At present, 10 rape cases that have been given an even more serious classification by the CSD involve victims who are aged under 15.

According to Pol Maj Gen Jirabhop, rapists generally employ two kinds of tactics — they either lure their victims through persuasion or by force and the threat of further violence or even murder.

“Rape cases where the victims fell for their rapist’s persuasive manipulation are often harder to investigate because the victims are more likely to remain silent,” he said.

As such, Pol Maj Gen advises the public to be more aware of their surroundings, and learn about self-defense tactics because officers may take time to reach the scene of a crime.