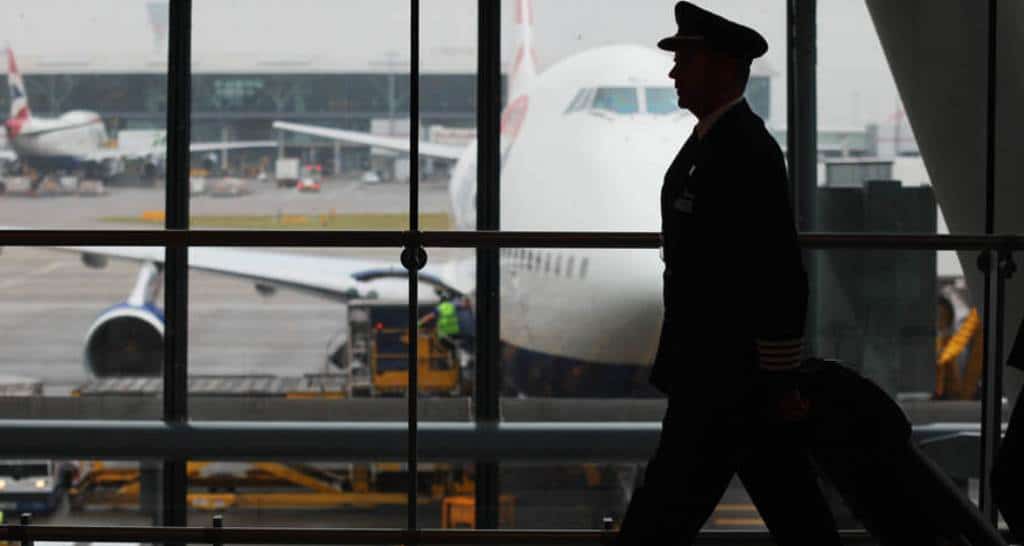 According to Suthirawat, Min Thu was caught Tuesday wearing an unspecified airline’s pilot uniform and carrying a fake ID. Suspicious airport staff approached him and put him to question.

Min Thu confessed to the crime. A look into Min Thu’s background, Suthirawat said, found he had entered Thailand to study at a university but dropped out. Recently he had been studying aviation online and living in a condominium in Bangkok’s Hua Mak area.

On his phone were photos that led the authorities to suspect he might have been trying to deceive his girlfriend and family by taking pictures of him in the pilot’s uniform at the airport.

Min Thu has traveled in and out of Thailand several times as a student. He was last granted permission to stay Feb. 17 through April 23 but did not seek to extend it.

He was swiftly convicted of trespassing and overstaying his visa at a Samut Prakan provincial court, which sentenced him to eight months in prison.

Last year an Indian man pretended to be a pilot, in order to get free upgrades and impress women, has been arrested in Delhi as he was boarding an Air Asia flight to Kolkata. Rajan Mahbubani travelled on at least fifteen flights while dressed as a pilot and admits he bought his fake Lufthansa ID card in Bangkok.

He would regularly receive preferential treatment if he checked in while wearing a pilot’s uniform, including free upgrades and permission to use the fast track lane reserved for crew. With shades of the “Catch Me If You Can” movie, Bollywood-style, it’s surprising that someone could be pulling off this act successfully in 2019.

He was caught when Air Asia staff became suspicious about his ID card and contacted Lufthansa. He has now been arrested and charged and was also found to have a fake military uniform. (Sounds like a lot of effort to ‘impress women’).

A police spokesman said Mahbubani regularly posted on social media in attempts to impress women, as well as uploading You Tube videos about aviation.

“The passenger disclosed that he used to shoot YouTube videos on aviation and had obtained the Lufthansa fake ID card in Bangkok. Mahbubani said that he is a frequent traveller and used to dress up as a pilot to gain easy access during security clearance and get preferential treatment from security agencies and airlines.”