Man Admits to Killing Wife, Her Mother and Sister in a Fit of Jealousy
Advertisement 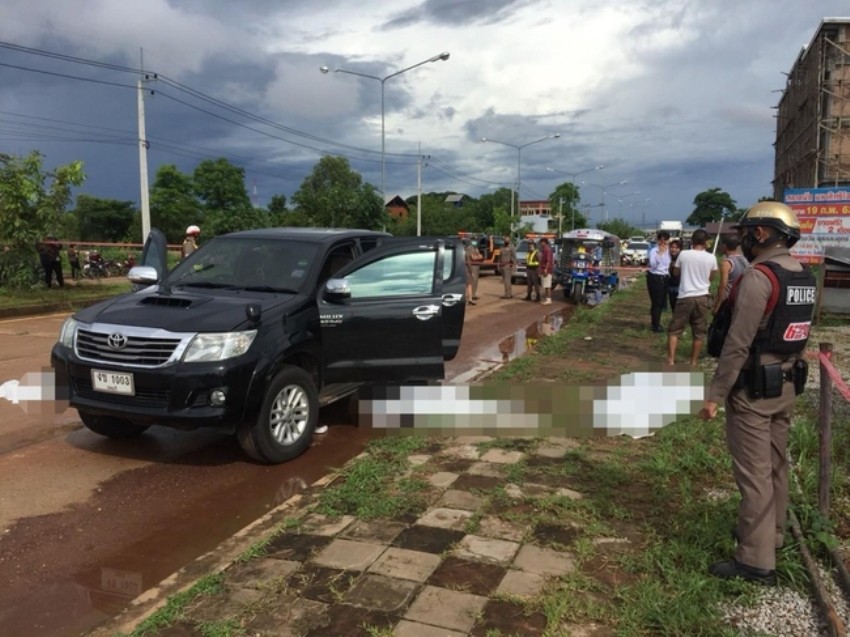 A man in northeastern Thailand is facing murder charges after confessing to shooting and killing his wife and two of her family members. He told police he acted out of jealousy when he learned his wife wanted to return to her ex-husband.

Noppadol Nuamsamlee, 41, was arrested shortly after killing his wife, her sister and their mother on Friday afternoon. Nakhon Phanom Police took the suspect for a crime re-enactment on Saturday morning.

After stopping his pickup the man allegedly assaulted his wife, who phoned her sister for help. When Jittra and her mother arrived at the scene, the man fired shots at them as they tried to help her. He later fired two shots at his wife before fleeing.

All three women died at the scene. Police subsequently arrested the suspect on the road.

During interrogation, the suspect admitted he carried out the shootings in a fit of jealousy. He told police he had become angry after he found records of chats between his wife and her ex-husband.

Mr. Noppadol, insisted he still loved his wife and was willing to accept punishment for what he had done. He appeared in Nakhon Phanom provincial court in northeastern Thailand on Saturday. He was charged with 3 counts of murder and carrying a firearm in public. Police also said they would oppose bail.

Paijit Chiangbai, 60, who lost his two daughters and his wife, said he could not come to terms with the losses. He said he never thought Mr. Noppadol, could be so cruel.

He said he would not forgive the suspect for the killings and did not want him released on bail. He also feared the suspect would kill him. Mr. Paijit arrived at the crime scene shortly after the shootings on Friday. He said the suspect pointed a gun at him and threatened to fire if he tried to intervene.

Mr. Paijit also said he never thought his daughter would return to her former husband. Above all as both had been separated for a long time and her ex-husband already had a new family.

The gunman also had an 8-year-old daughter from his previous marriage, Thai media reported.

Ratchadaporn Thongkhlee, 25, a friend of Jittra, said the suspect had earlier threatened to murder her and Jittra and accused them of encouraging Sujittra to return to her ex-husband.