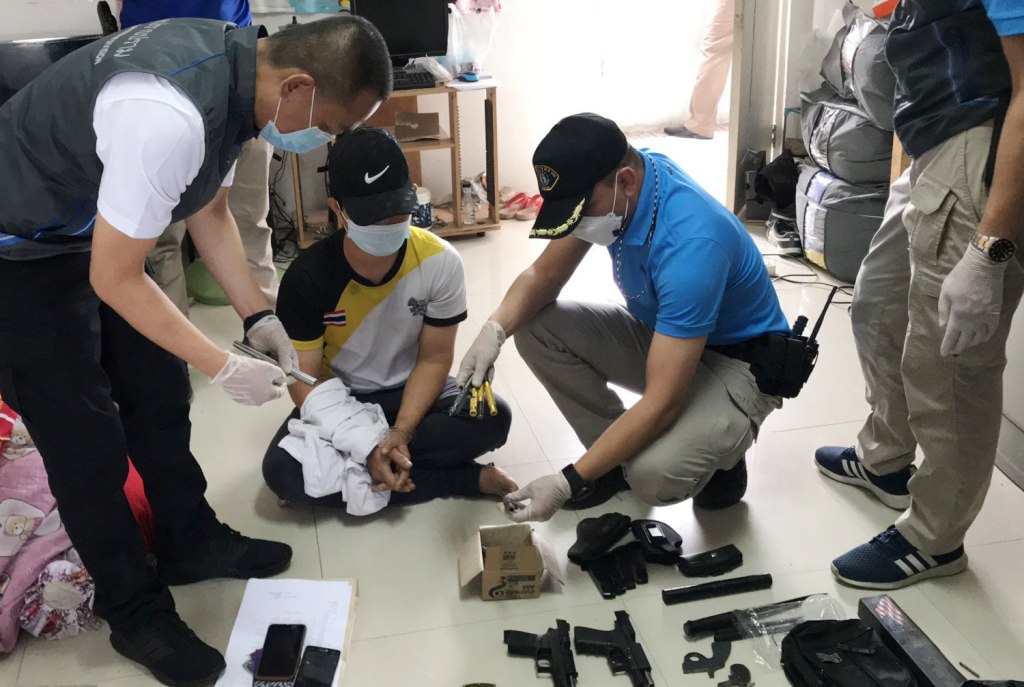 Police in central Thailand have arrested a 39-year-old machinist for illegally making and modifying guns, then selling them online. Police found the machinist working an a gun when they raided his room at a workers’ dormitory in Pak Kret district, Nonthaburi.

Police armed with a warrant from the Criminal Court searched the dormitory at a lathe plant in tambon Khlong Khoi of Pak Kret district around 6am on Thursday.

They arrested Prajak Phoonphian, 39, for collusion, illegally producing or modifying guns, importing or selling firearms and possessing firearms without permission.

A search of his room found pen guns, blank guns and gun smiths tools, according to police.

A police spokesperson said investigators followed up on information about a gang illegally producing and selling firearms online and evidence pointed to Mr Prajak’s involvement. 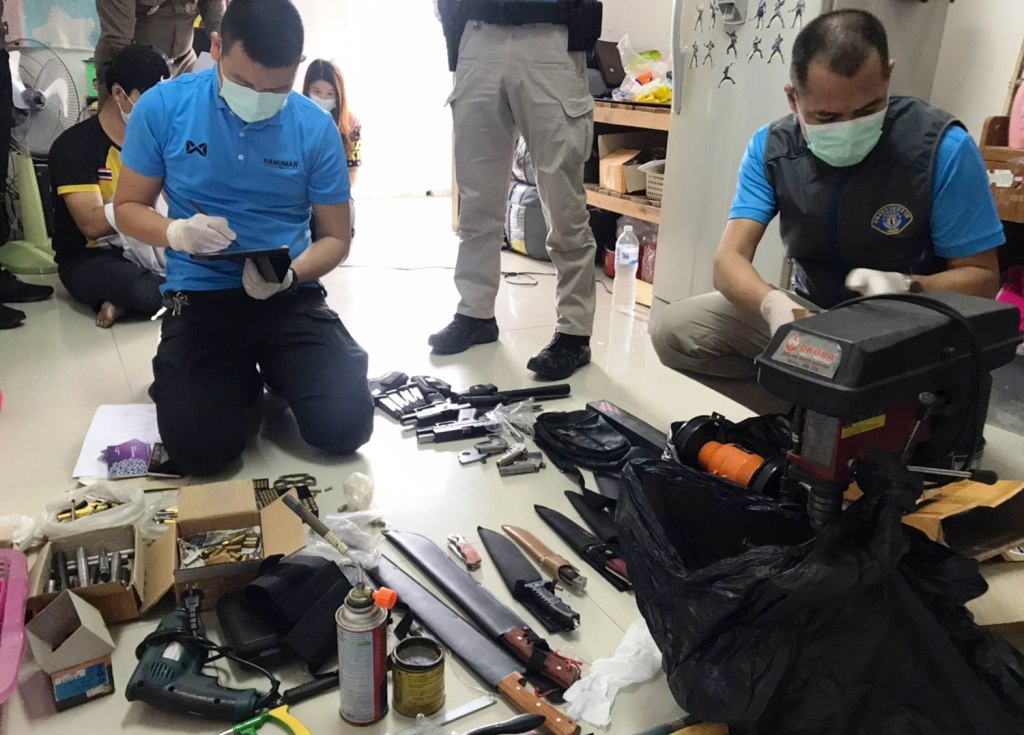 During questioning, Mr Prajak said he worked at the factory as a machinist but did not earn enough to make ends meet due to the rising cost of living. So he worked with some friends in producing pen guns, BB guns and blank guns.

The guns were sold to a gun broker who later sold them online. The suspect allegedly admitted he had been making guns for two years and had sold more than 100 to a gun broker.

He used the skills he learned at technical college and the machines and equipment at the factory to produce the guns when nobody was there.