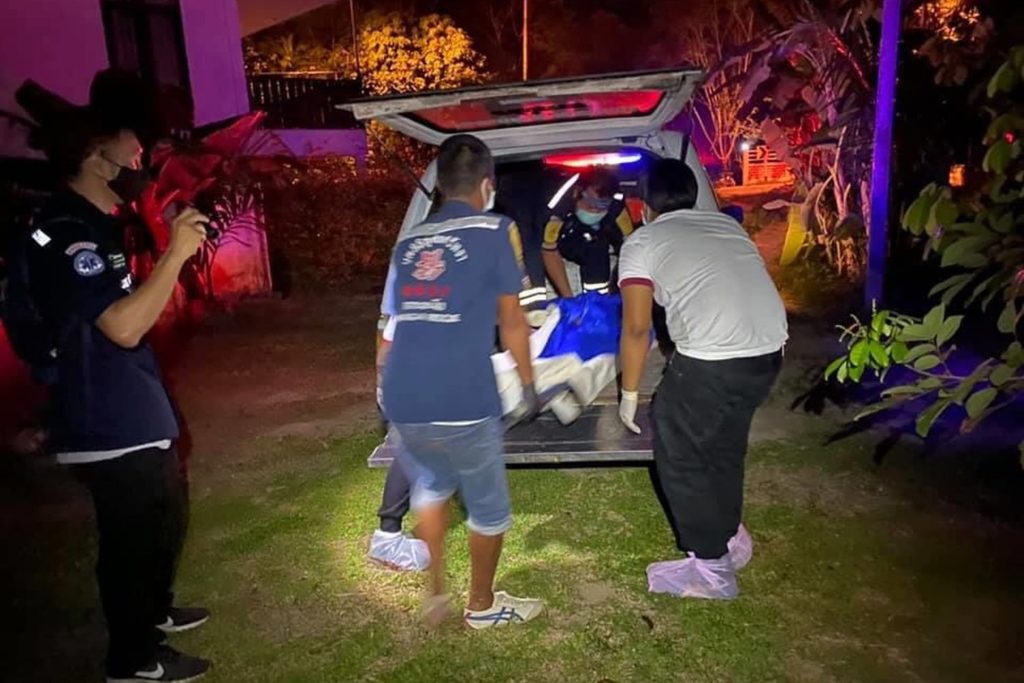 A Spanish man has been arrested for stabbed a Chilean man to death on the Island of Koh Phangan in southern Thailand. Police said the brutal murder took place at 1am on Saturday.

According to police when they arrived at a rented house on Koh Phangan, they found Miss Chang San Yu, 31, the victim’s girlfriend in shock. Inside the home they found the body of the Chilean man, 41, with a knife stuck into his chest. He also had multiple stab to his torso and inside the home there were clear signs of a struggle.

Miss Chang told police while she and her boyfriend were sleeping, when the Spaniard knocked on the door. When her boyfriend opened it, Spaniard, armed with a knife, began stabbed him.

They both struggled and the Spanish man kept stabbing him until he fell down and died in the kitchen. The attacker then fled on a motorcycle she said.

When question by police if the two men had had any prior arguments Miss Chang said she didn’t know.

Koh Phangan Police later caught the Spaniard when he drove his motorcycle fell into a ditch during a pursuit. He was taken for questioning at Koh Phangan police station.

The Spaniard allegedly gave confusing statements saying someone trying to kill him. Police records showed the man had stolen at least three motorcycles prior to the murder.

According to the Bangkok Post the Spaniard has been charged with premeditated murder, carrying weapons in public place and theft.

Man Shoots and Kills Buddhist Monk for Criticizing His Drinking