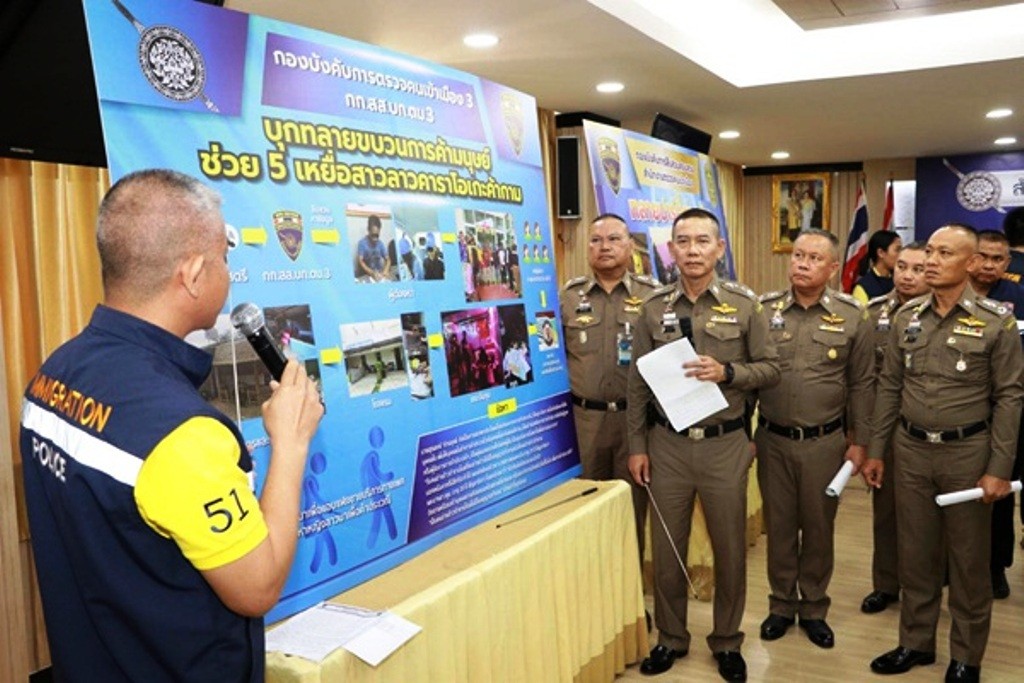 Two men and a woman from Laos have been charged with luring five underage Laotian girls into prostitution. The arrest comes after undercover sting operation a karaoke bar in Rayong.

Lt Gen Sompong said 5 young girls were presented to plainclothes policemen at the karaoke bar. The accused also requested a fee of 1,500 baht for each girl and a room.

The three confessed to procuring the Laotian girls they were charged with human trafficking before being sent to Immigration Division 3.