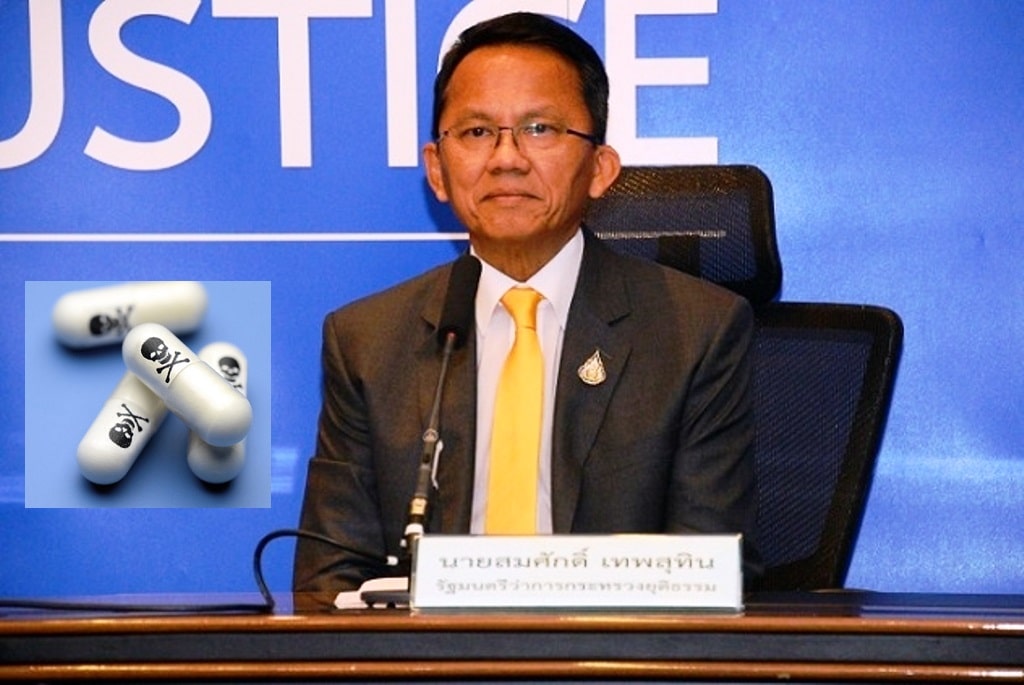 Justice Minister Somsak Thepsutin unveiled the results of lab tests conducted by the Office of the Narcotics Control Board (ONCB) on k-powdered milk, aka “k-nom pong”, which is a highly potent narcotic cocktail that recently killed nine and harmed many after using it. Results showed that almost 100% of the drug was diazepam, he said.

Authorities identified “k-powdered milk” to be a combination of heroin, ketamine, methamphetamine and the anti-anxiety medication.

Authorities are also looking into another ketamine concoction called “Talaysai”, after a friend of a victim that had overdosed on k-powdered milk told police they were warned that it is much stronger than k-powdered milk.

According to the Bangkok Post diazepam users say, one gram of the drug is worth 450 to 600 baht.

Diazepam is a controlled substance available as Valium, a drug used to treat anxiety and sleeping problems. Each Valium pill contains two, five or ten milligrams of diazepam.

Pure diazepam can be fatal

Pure diazepam is listed as a controlled substance by the Food and Drug Administration. It is not available on the market and is only used by pharmaceutical companies.

Samples collected from the substances found near the deceased contained 93–98% diazepam, which means each one of them used as much as 200 milligrams of Valium, equivalent to 100 pills.

Ten milligrams of pure diazepam is considered fatal, claimed the minister. This is likely to have been the cause of their deaths, he added.

Of those harmed, five have been hospitalized, while nine others have recovered.

Those who had recovered or were still recovering at the hospitals would be prosecuted for drug abuse, the official said.

Eight people have been arrested in the k-powdered milk case. Police were preparing to issue an arrest warrant for one or two more people, he said.

Asked whether a group of street racers called Mikado was behind the availability of the drug as hinted by some reports, Pol Maj Gen Piya said an investigation is underway.