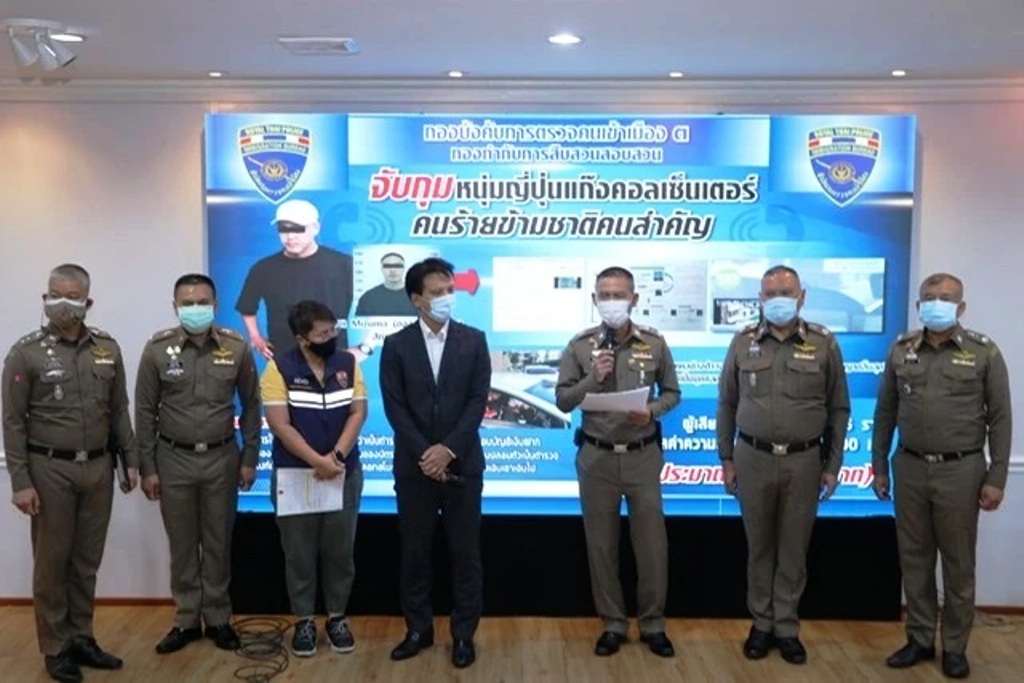 Gen Sompong said immigration police are monitoring foreigners residing in Thailand that they believe to be involved in illegal activities.


Mr Michuma had been living in Thailand for 2 years with no job but still able to live a flamboyant life. Officials started an investigation after they received the information and contacted the Japanese embassy.

Embassy officials informed Immigration inspectors that the suspect was wanted in Japan. He and 7 other gang members ran a call center calling victims to scam them.

The gang would claim they were police and they needed to inspect information from the victim’s bank account.

They spoke to the victims in a way that made them believe it was all true. The victims then gave them them their bank information. The suspect would then send a colleague to visit the victim acting as police officer.

The fake police officer would inspect the victim’s homes and steal their ATM card. The Japanese gang was arrested but Mr Michuma (the gang leader) escaped Japan and flew to Thailand.

Mr Michuma has been living in a condo located in Pattaya City, Chonburi Province for the past 2 years.

Gen Sompong said the suspect will be deported back to Japan to face prosecution.


The call center gang had 113 cases in Japan with 46 victims and damages exceeding Bt 12 Million.

Sadly, there are many cases where foreigners are wanted in their own country but decide to escape and hide in Thailand.