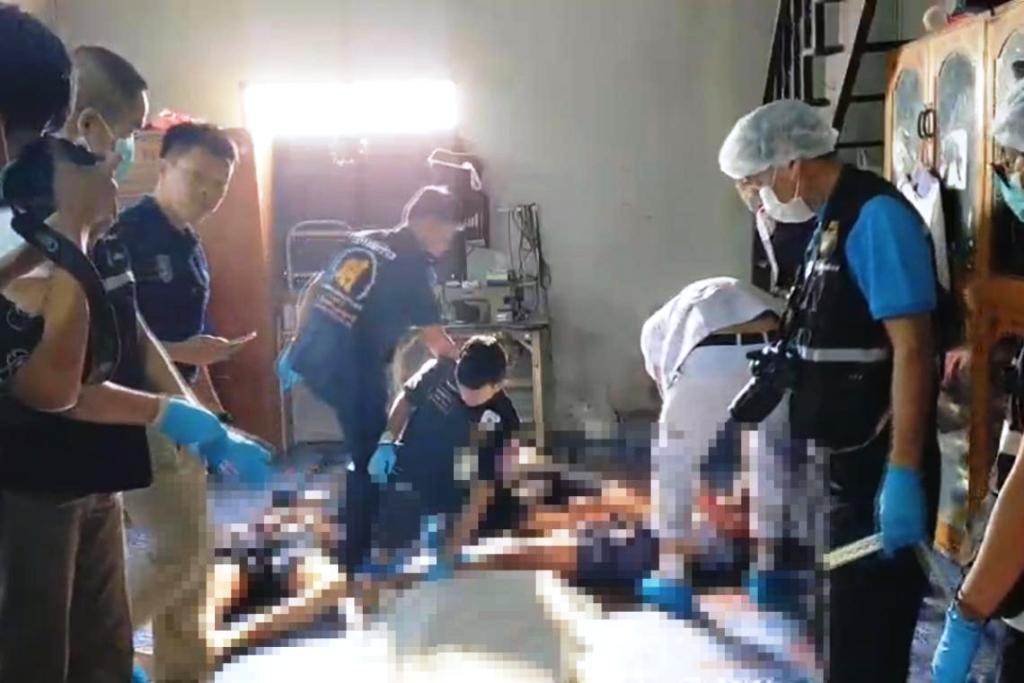 A 50 year-old man in northeastern Thailand man has killed his wife and two daughters and then hanged himself in Udon Thani province. Police report he struck them in the head with a piece of wooden before hanging himself.

Police in Phen district of Udon Thani accompanied were summoned to a house at about 6.30am after being notified of the tragic incident.

There they discovered the body of Mr. Thaisan Sonchai, 50, hanging from mango tree in front of his house. Inside the home police found the bodies of his wife and also his two daughters.  Mrs. Watcharaporn, 50, Miss. Kachaporn, 23, and Miss. Sasithorn, 19, were found lying dead in the front hall of the house.

A 50-centimetre-long wooden stick was founded near their dead bodies. The three had been struck on the head and therefore had deep cuts. Forensics officers believe the had been dead for about six hours, Thai media reported.

Police also found a handwritten note by Mr. Thaisan in the bathroom of the house.

In the note Mr. Thaisan said that he was badly indebted and furthermore he couldn’t provide sufficient financial support for his two daughters. He also offered an apology to all concerned for the trouble he had caused.

A tray of flowers, candles and incense sticks were placed by the bodies of his wife and daughters. Police speculate  Thaisan placed them there asking them to forgive him, the Bangkok Post reports.

Mr. Boonchan Saenhemthong, Thaisan’s 76 year-old father-in-law, said Thaisan and Watcharaporn worked at the Sericulture Research Centre in Phen district. Their elder daughter, Kachaporn, was a graduate from Khon Kaen University in Thailand but was still jobless. While the youngest daughter, Sasithorn, was a first-year student at Khon Kaen University.

Mr Boonchan said Thaisan had obtained loans from financial institutions, amounting to about Bt2 million to finance his daughters’ educations.

5 Reasons Playing Games Are a Great Way to Relax