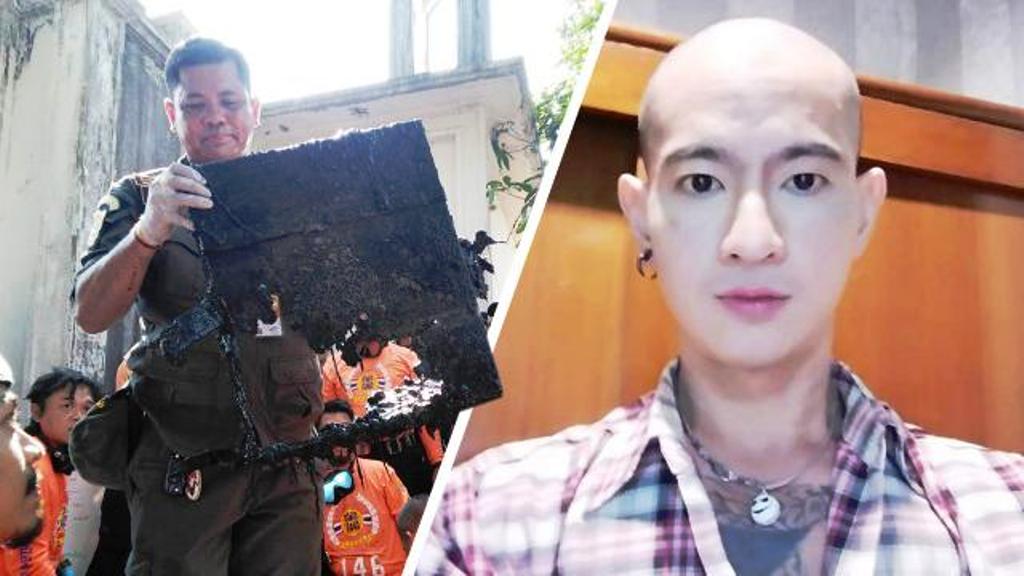 A criminal court has handed down a life sentence to Apichai Ongwisit, aka “Ice Metal Casket” for the murder of a young woman whose body was found stuffed inside a metal casket at his Bangkok house.

The criminal court also ordered Apichai, 41, to pay 2.9 million baht to the mother and a child of his victim, Warinthorn Chaiyachet, 22.

The court handed down its judgement on Friday morning via video conference to the Thon Buri Remand Prison where Apichai is jailed.

Prosecutors and Sukdaporn Chaiyachet, the mother of the victim, and her child had filed suit as co-plaintiffs against Apichai for the brutal murder and concealment of Warinthorn’s body. They asked that the sentence in this case be added to jail terms already given to Apichai in three related cases.

The court heard that the defendant had detained Warinthorn, or “Kukkik”, in his house in Bang Khae district of Bangkok between Aug 4 and Aug 6, 2019. He was said to have tortured or assaulted her, causing her death. After that, he and his accomplices dug a hole and buried her body. He also colluded in causing damage to the corpse, the suit alleged.

Apichai confessed to having buried and concealed the body, but denied the other charges. However, he admitted to having assaulted the victim caused her death in a fit of anger and admitted he was the same defendant in related cases.

The court said that although the plaintiffs did not produce witnesses who saw the defendant assault the victim causing her death, there was witness testimony confirming that the defendant had used an iron bar to beat her head and body. He then bound her hands and ankles before forcing her to sleep inside a metal casket at his home.

The court rejected the defendant’s claim that he acted in anger because the woman wanted to cut off a relationship with him and return to her husband, saying his action was not fuelled by sudden rage as claimed. The court also cast doubt on his claim that the victim was injured by a dumbbell that fell from a shelf after he threw her against it.

Autopsy results showed she had bleeding in the right chest cavity from a severe blow. The court found the defendant’s claim was unsound.

The court said circumstantial evidence given by the co-plaintiffs carried more weight to show that the defendant had used an iron bar to beat the victim, causing her to suffer injuries and results in the bleeding in the chest cavity.

The court sentenced Apichai to life imprisonment and ordered him to pay 1.7 million baht to the victim’s mother and another 1.2 million to her child.

Earlier, Apichai (whose nickname is Ice) had been sentenced in connection with three other cases tried in the Thon Buri Criminal Court. The first involved illicit drugs, which resulted in a sentence of 10 years and five months in jail on March 18 last year.

Apichai is the son of Chaloemchai Ongwisit, who ran the now-defunct Ongwisit market. His father was arrested in 1983 for killing an underage girl in anger after she broke his fish tank.

Chaloemchai concealed the corpse by cutting up her body and scattering the parts in many locations. He was shot dead after his release from prison.