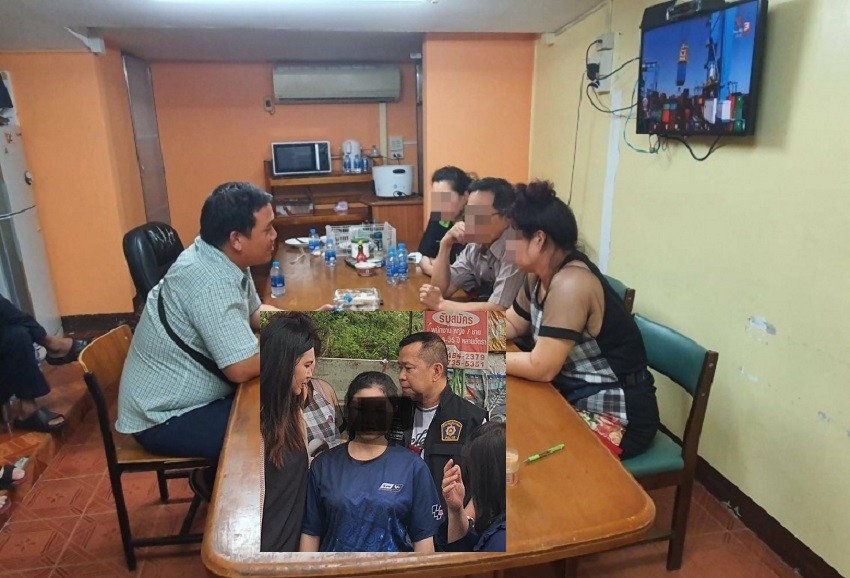 Human trafficking suppression police have arrested a Thai couple for enslaving a girl from Laos in a storage room for over 9 years. The Thai couple detained they woman and treated her like a slave for almost nine years.

Pol Col Apisan Chaiyarat, superintendent of Anti-Trafficking in Humans Division sub-division 4, said the arrests followed a tip-off that a young Lao worker had been exploited by her employers for many years.

Police obtained a court warrant to search the shop, where they found the two suspects and a Lao woman identified only as Phorn, 21.

The couple were charged with human trafficking after not paying the girl for 8 years and ordering her not to speak with anyone. The young woman stated that she has been with the suspects since 2011 when she was only 13 years old.

At first, Phorn received 1,500 THB per month and then after a while, they stopped paying her. Through the 8 years, she has lived inside a storage room. The only clothes Phorn had were those given to her by the suspects. The young woman said she had never gone out to see anyone.

The victim told Human trafficking police that not long after moving in at the store the owners started to torture her. This included beating her up, hitting her with a broomstick, electrical wires, and verbal abuse continued almost daily.

Phorn told police that she attempted to run away but she was dragged back to the store. Her captors told people outside that she was a crazy person. Once back at the shop, she was beaten, she alleged.

According to the Bangkok Post The young woman’s captors even put their feet on her face, and hit her with a wooden baton.

She had not had a day off until 2014. Phorn finally got Sunday’s off but her captors did not allow her to go anywhere. She was forced to stay inside her room.

During festivals they just left her some instant noodles, then also closed the shop and locked the doors.

Human trafficking Police interrogated the couple, but both have “of course” denied the charges. They were being held in custody for legal action.

Social development and human security officials said they would also provide assistance for the young woman.