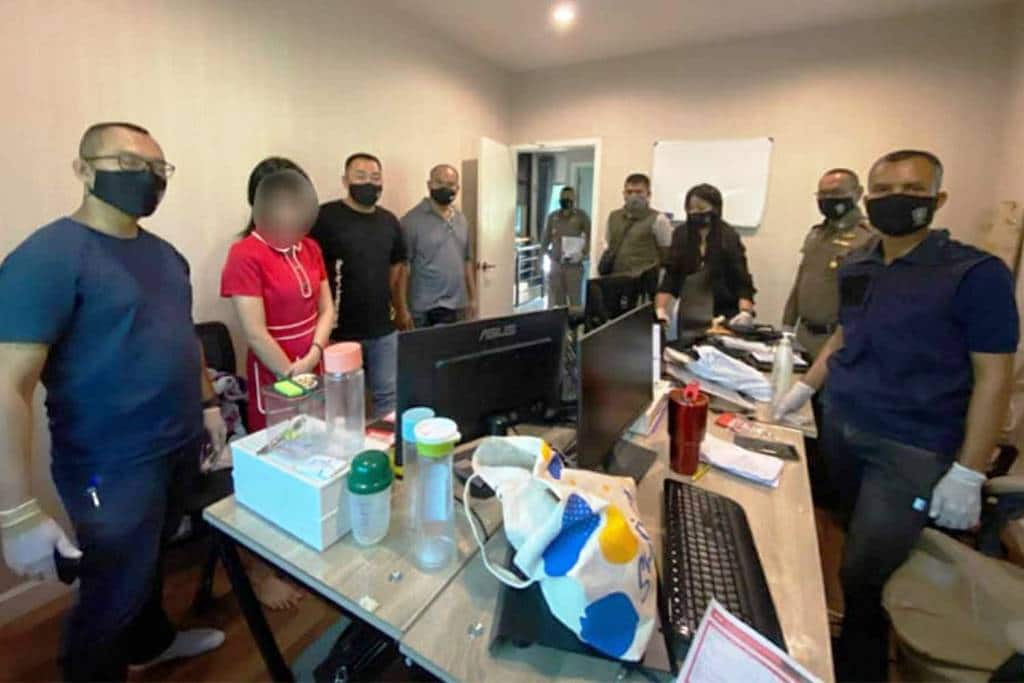 The headmaster of a learning skill development institute has been arrested in northeastern Thailand for allegedly operating an online gambling website, with over 30 million baht in circulation.

Armed with a court warrant, police from the Cyber Crime Investigation Bureau (CCIB), on Tuesday searched her house. The officers arrested the 27-year-old resident, Suthasinee Sitthiya, and seized about 10 computers allegedly used to host online gambling and about 50 bank account passbooks.

Ms Suthasinee was charged with running an online gambling website, or persuading people in a direct or indirect manner to gamble, according to the CCIB Facebook page. She allegedly confessed.

Investigators reported she had more than 30 million baht in gambling money in circulation in less than a year.

She was taken to a local police station for legal action.

According to the CCIB, Ms Suthasinee is a headmaster and is known locally as “Khru Yaem” . She is the owner of a learning skill development institute in Ubon Ratchathani.

She and her accomplices allegedly set up and operated an online gambling website offering services such as a baccarat and football betting. Ms Suthasinee allegedly used her home as an office for the online gambling operation.

Meanwhile, Two police officers and two municipal officials have been arrested for alleged gambling during a raid on a house belonging to an assistant village headman in Phichit province on Wednesday. The police officers claimed they were only playing checkers.

A combined team of soldiers, police and local officials raided the house in Phichit province on Wednesday.

The raid, led by Col Saksit Ninchan, deputy chief of the Phichit internal security command. The raid followed a complaint lodged with provincial authorities that gambling was often held at the house in violation of Covid-19 restrictions.

Upon seeing officers, police said, people gambling inside the house fled in panic. Nine gamblers were subsequently caught: two of them were police officers themselves, two were officials working at a municipality in Muang district and the five others were local residents. The names of the gamblers were not disclosed.