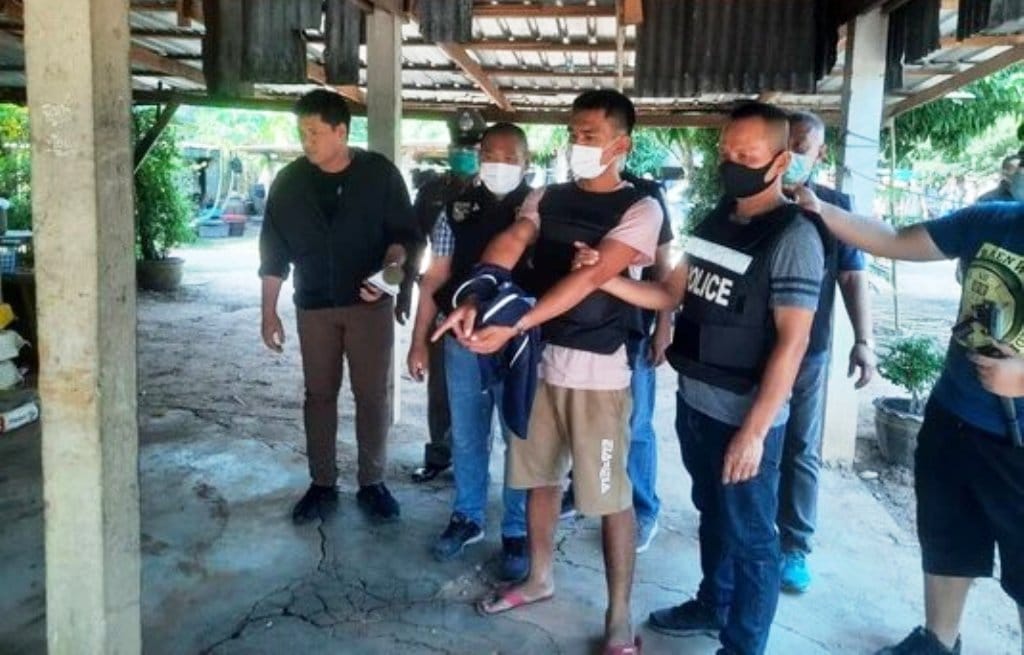 Police in northeastern Thailand have reported that they have captured the lone gunman who killed two young men in cold blood on Wednesday. The gunman Manphong Chamni-ngarn, 27, said he acted out of revenge.

Mr Manphong told police investigators that one of the victims and his associates had assaulted him and opened fire at him at a merit-making event in Khon Kaen two weeks ago.

Khon Kaen Police on Saturday took Mr Manphong, a resident of Ban Khok village in Khok Pho Chai district, for a re-enactment of the crime. He has been charged with premeditated murder in the killing of two men at Ban Khok on Wednesday night.

Kokiart Chanasri, 18, was found dead with gunshot wounds to his head and chest when police responded to a call about a shooting at 8.30pm on March 31. Theerayuth Faitee, 23, sustained gunshot wounds to his forehead and was rushed to a hospital, where he was pronounced dead shortly afterward.

The suspect surrendered to local police on Friday night.

On Saturday, police first took Mr Manphong to a Moo Krata pork barbecue shop, where he had gone with his wife on Wednesday evening. While they were there, he said, he had noticed Kokiart and Theerayuth eating nearby.

He parked his bike on a side street about 300 metres from the restaurant, near a house where Kokiart and Theerayuth were talking with another man, identified only as Tao.

The suspect told police that Theerayuth pulled out a gun when seeing him. He said he fired one shot at Theerayuth, striking him in the leg, but the latter ran away. The gunman said he then turned the gun on Kokiart to silence him. The teenager died on the spot.

He then chased Theerayuth into a forested area behind another house nearby, firing two shots that gravely wounded him.

On Saturday, about 200 angry relatives and residents arrived at the crime re-enactment scene, hoping to get a glimpse of the accused. But he was taken to the Khok Pho Chai police station before the crowd arrived. They then went to the station.