Gunman Arrested after Firing Over 50 Shots in Downtown Bangkok
Advertisement 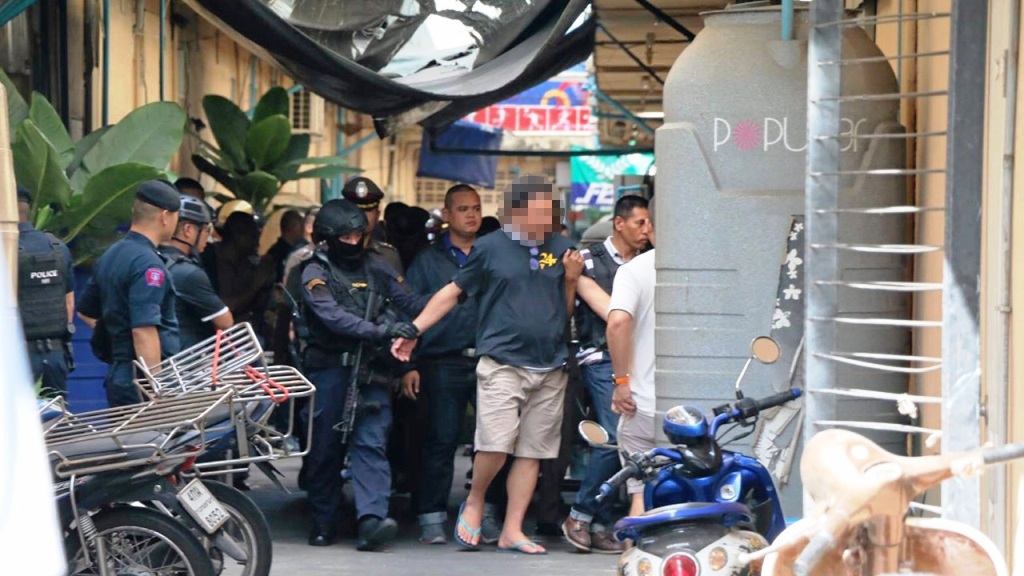 Police have filed multiple charges against the man who allegedly fired over 50 shots in Bangkok’s downtown area early this morning. One of the charges was attempted murder as he terrified people in the neighborhood.

Other charges include carrying gun in public without a permit; discharging a firearm in a public place; and illegal use of narcotics. The suspect was identified as 44 year-old Ekachai Charuksilp, (Translated from Thai).

Bangkok police said an attempted murder charge was also filed because ballistics showed that some shots were aimed at people.

The incident occurred at about 4am in Chula Soi 10, near Chulalongkorn University. The area is a market for locally-made sports garments. The periodic gunfire continued for about an hour, Thai PBS reported.

Police rushed to scene and the vicinity was swiftly cordoned off. Residents living in the neighborhood were told to stay indoors. A police negotiator talked the shooter into surrendering with no injuries being reported.

An eyewitness also told the police that the shots were fired at them by Mr. Charuksilp. The eyewitness said he and some friends went for a look, only to be fired upon. Consequently forcing them to run for for their lives and seek cover.

Furthermore the suspect told Bangkok police that he was under stress caused by family and business problems.

He relayed his shooting spree through Facebook Live. Also posts which charted the attack from the army barracks in the city to the mall.

In one Facebook video — since deleted — the assailant, wearing an army helmet, filmed from an open-top jeep. Saying, “I’m tired… I can’t pull my finger anymore” as he made a trigger symbol with his hand.

The Thai soldier killed 29 people, including three police officers. The gunman was also shot dead by police at the Terminal 21 shopping mall. The scene of a dramatic 12 hour siege, with police and also soldiers.