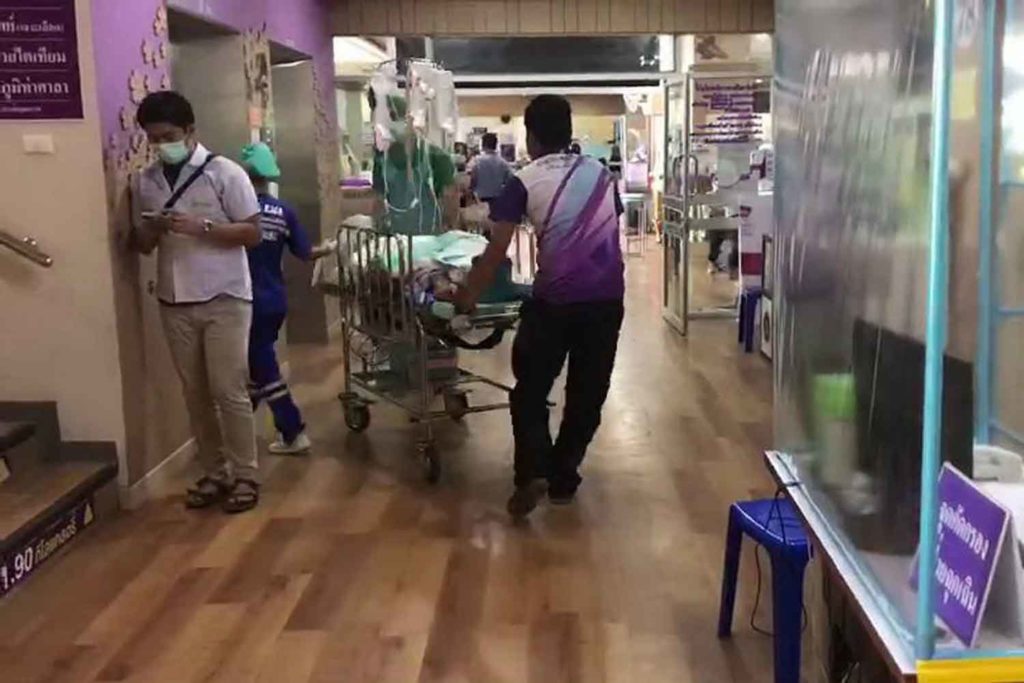 A 53-year-old father was stabbed repeatedly in the chest while trying to calm down his drug-crazed son in southern Thailand, Wednesday. Mr. Prachak Theprak, 53, was stabbed nine times with a knife by his son Kathawut.

The attack occurred at their home in Moo 12 village in tambon Tha Khuen of Tha Sala district.

Mr Kathawut had been in a frenzy after taking a large amounts of drugs. The father tried to calm his son down and was attacked. His drug crazed son fled when neighbours heard noises and arrived to break it up.

The father was seriously injured and being stabbed repeatedly and was rushed to Tha Sala Hospital.

Neighbours told police the son had earlier sent his son to a drug treatment centre. There his son frequently went wild and sometimes had to be tied up.

Mr Prachak was saddened every time he went to the centre and saw his son in torment. He decided to bring him back home on Tuesday. He was stabbed the following day. Meanwhile, a 43-year-old man has been arrested for stabbing two people to death in northern Thailand’s Chiang Mai province.  he bodies of Mrs. Kamonthip Sopprasit, 40 and Mr. Charoen Manee, 50 were found with multiple stab wounds.

Police raided a Wat in Chiang Mai on May 27 and arrested Mr. Wasan Intarakchak, on suspicion of the murder. Mr. Intarakchak is said to have attempted to become a monk after the stabbing.

Police allege that Mr. Intarakchak fancied the one of the victims, however she rejected his advances. Mr. Intarakchak first killed Mrs. Kamonthip before using her phone to trick  the second victim Mr. Manee. He lured him to longan grove then murdered him as well.

Mr. Intarakchak has since confessed to the crime and has asked for forgiveness from the relatives of the deceased.

He was transported to Mae Taeng Police Station where he was charged with intentionally killing others. Consequently he’s been detained in custody for stabbing them to death.