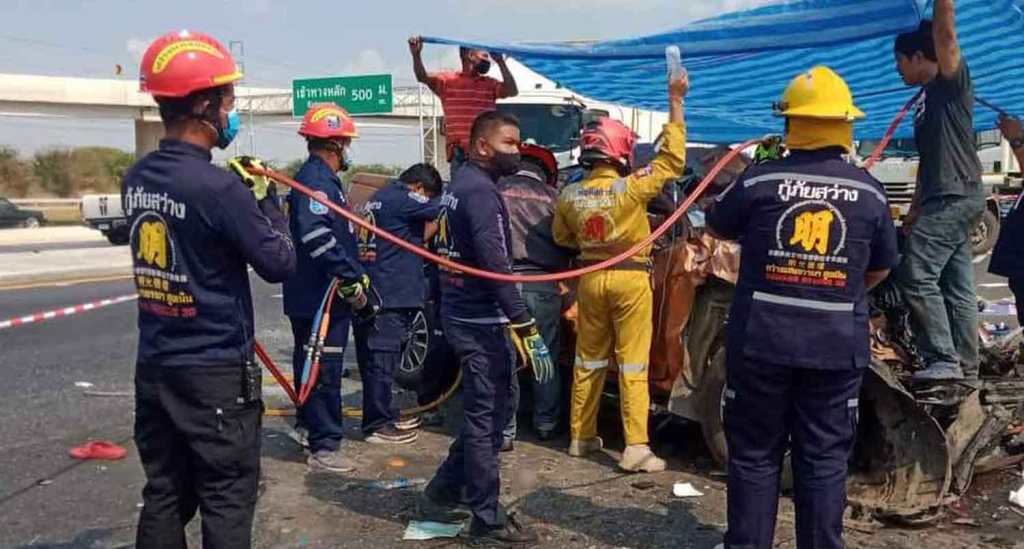 A man posing as a fake rescue worker was caught stealing from the victims of a fatal crash in northeastern Thailand on Monday. He pretending to be helping rescue workers to steal valuables from the deceases victims.

According to the Bangkok Post, the accident occurred about 11.50am. A blue Isuzu pickup heading north from Bangkok, swerved over the median and crashed into a brown Nissan pickup travelling in the opposite direction. The collision occurred on the Bangkok-bound side of the highway.

A man and a woman were found dead in the blue Isuzu. Another passenger was thrown out of the vehicle and was seriously injured. The three men in the other pickup, including the driver, were seriously injured and were rushed to Sung Noen Hospital.

The accident blocked one side of the highway, causing long queues as traffic was redirected and delaying motorists.

During the rescue, police arrested a man who stole valuables from the dead and injured victims, while mingling with the rescuers and pretending to be helping them. 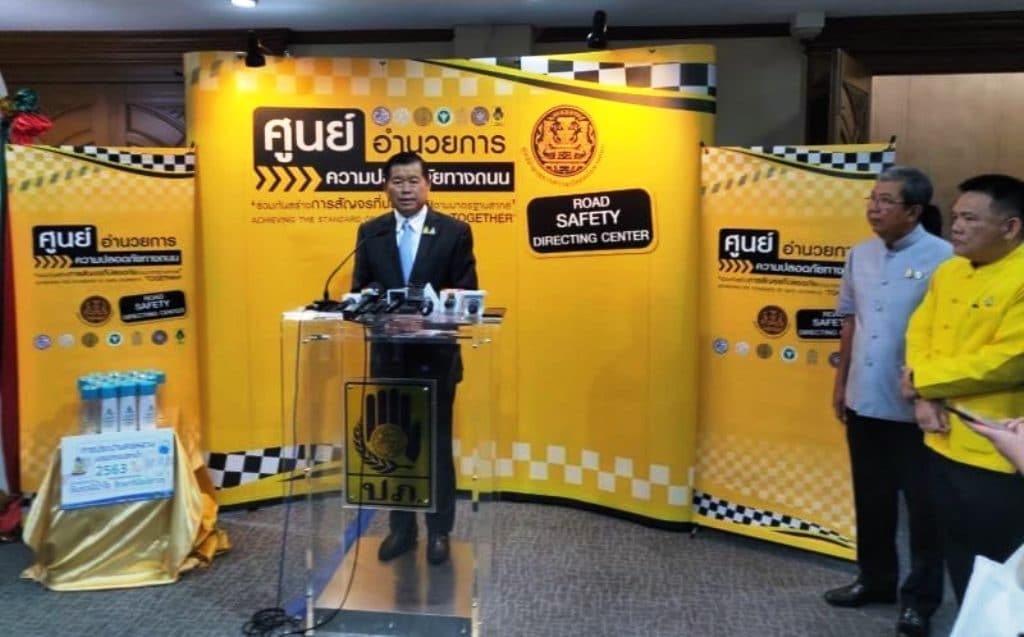 Thailand’s road safety and accident reduction centre has been re-launched on Monday ahead of the New Years “7 dangerous days”. The road safety center was implemented to help reduce traffic death during New Years.

The opening coincides with the government-directed seasonal road safety campaign during the so-called “seven dangerous days” around the New Year. This year, the period runs from today to Jan 4, while the long weekend officially lasts four days and starts on Thursday.

Many people have been heading out of town since the beginning of the week and this year, fewer people are expected to take public transport due to the fear of contracting Covid-19.

Deputy Prime Minister Prawit Wongsuwon, who presided over the launch of the centre at the Department of Disaster Prevention and Mitigation, said the government was working to ensure people travelled safely during the holidays.

Gen Prawit said the rules would be strictly enforced over the New Year — traffic monitoring and accident prevention agencies will integrate their usual work with urgent situations as and when they arise. Priority is being given to reducing traffic accidents at the same time as encouraging public health measures in light of the Covid-19 outbreak.

Gen Prawit said vehicles should be checked to see if they are roadworthy, pickup trucks must not carry too many passengers in the bed of the vehicles, and motorists will be subjected to to breathalyzer tests during the 7 dangerous days.

Meanwhile, the Royal Thai Army has set up 226 rest stops outside army barracks nationwide to help motorists over the holidays.

The 24/7 stops will also be on Bangkok’s major travel arteries such as Phahon Yothin Road, Sukhumvit Road, the Friendship Highway and Phetkasem Road. Staff from military-run hospitals will man the rest stops to provide medical care if needed.

The rest stops in Thailand, which will also offer vehicle check-ups and receive emergency complaints, have been operating since Dec 25 and will run until Jan 6.

Man Arrested for Impersonating an Airline Pilot at Suvarnabhumi Airport