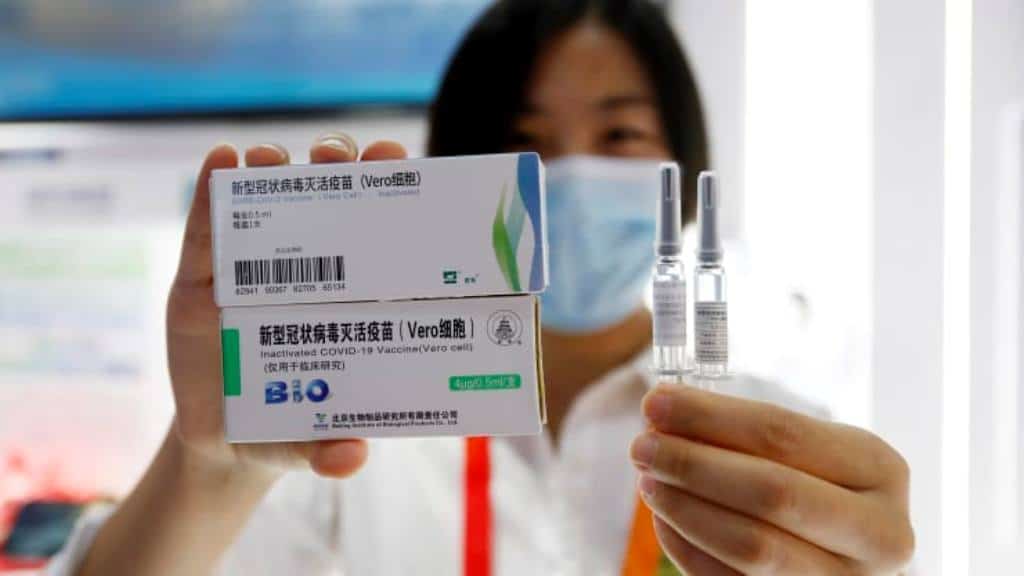 Police said the men were wanted on warrants issued by Samut Prakan Provincial Court over charges of fraud, spreading false information in the computer system and impersonating doctors.

A police spokesperson said investigators first arrested one of the the men, when fled to ordain at a temple in Suphan Buri, and the other two men were caught on Wednesday.

One of the men claimed he was not involved and said his friend who was apprehended over a vaccine scam early this month, used his passbook number to commit the fraud.

The arrests came after a victim, only known as Ms Ae, filed a complaint at the Bang Kaew police station last Friday.

A man who identified himself as Dr Sitthichoke Thaweepradit from Siriraj Hospital called back on June 8 to offer her leftover Sinopharm vaccine that he said the Federation of Thai Industries had ordered from the Chulabhorn Royal Academy.

The man offered two doses for 1,800 baht. Ms Ae then joined two Line groups named “Vaccine Sinopharm” and “IT system, alternative vaccines” to look into the details. She then invited 34 of her friends to buy the Sinopharm vaccine for a total of 61,200 baht.

She then transferred the money to a bank account provided by this man.

Ms Ae was told she would get the jab at Sikarin Hospital in Bang Na district but when she arrived she could not find her name on the vaccine appointment list. She learnt she had been duped and lodged a complaint at the police station.