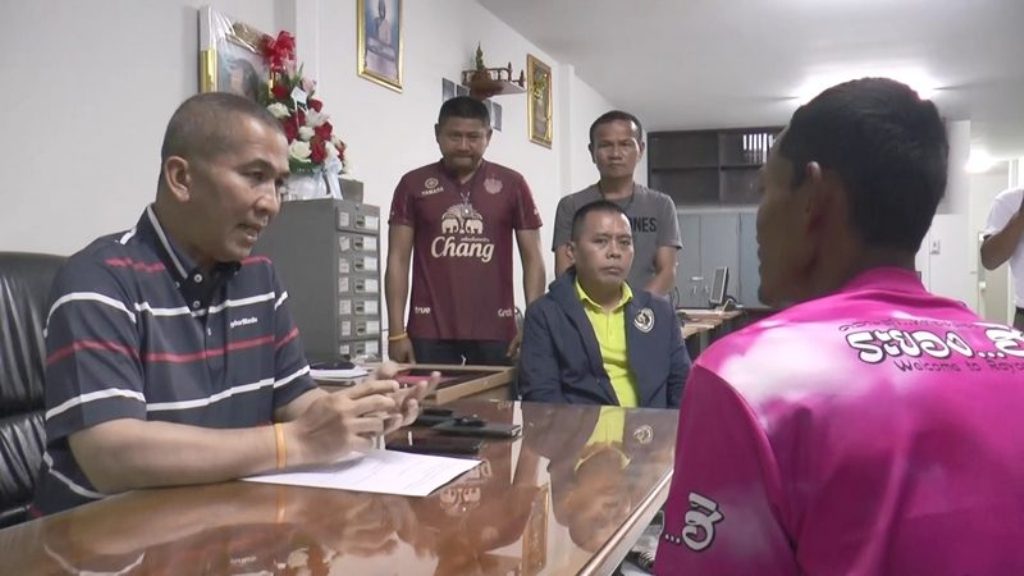 Police in northeastern Thailand have reported an ex-con had been forcing a 9-year-old child to deliver drugs to his customers. The child was not only forced to deliver the drugs but became an addict himself. Even worse both his parents were in prison on drug related charges.

Police in Buriram Province received a report that a drug seller was using a grade 2 student to deliver drugs. Police Colonel Kongchat Liangsomsup received an order to investigate the case. After looking into the case the suspisions were confirmed to be true. Buriram Police officials, planned a sting operation to arrest the ex-con.

Police found the 9-year-old a grade 2 student at a local fishing hole near the school. Upon inspection officials found 5 Yaba pills on the young boy.  When officials asked where the drugs came from he stated a 25-year-old man named Veerasak gave him the drugs.

He told police he was pretending to be fishing and the customer would come to meet him. He received 100-300 baht depending on how many Yaba pills he delivers per time. The boy said he also received 2 Yaba pills after every delivery.

Veerasak was arrested and was carrying 100 Yaba pills in a bamboo tube. Veerasak was transported to the Buriram Narcotics Control Board Office. He admitted the drugs were purchased from a Loa man.

The ex-Con said his main customer group were teenagers in Satuek. Veerasak also admitted that he used the 9 year-old boy as a drug mules and got him addicted to drugs. The boy lived with his grandma and the family is struggling so he offered the boy money to be his drug mule.

Police said Veerasak has been in prison on drug charges and came out 4 years ago, he also had an illegal gun.

A recent study in Thailand has found a spike in drug abuse among adolescents using illegal drugs over the past 12 months. With marijuana topping the list as the most widely consumed illegal substance among users.

The survey also found that heroin use among the unemployed is rising at an alarming rate in Thailand.

The acting director of Health Risk Control I Section of the Thai Health Promotion Foundation, Rungarun Limlahaphan, said drug use by children and adolescents between the age of 12-19 remains a worrying problem.

The survey also found that as many as 4.6% of Thais used narcotic substances in the past 12 months. A period that overlapped with the Covid-19 pandemic.