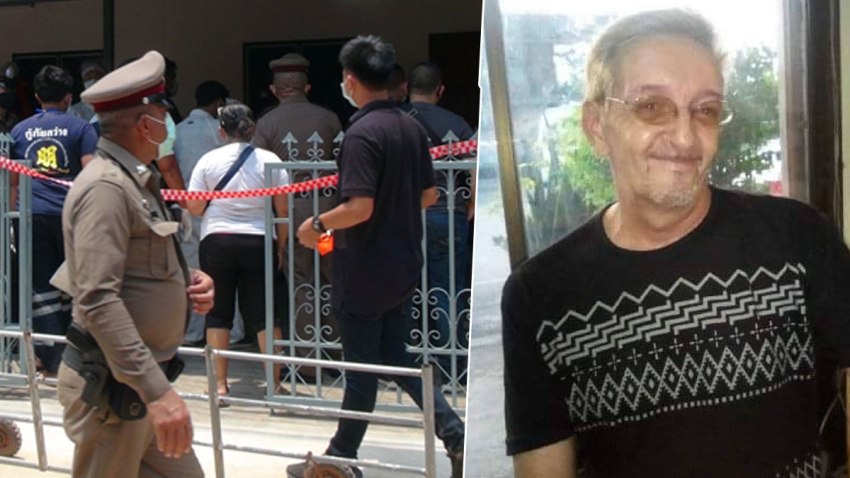 A 60 year-old English Teacher has been found stabbed to death in his home in the central Thailand province of Prachin Buri on Wednesday. Police said the German man was an English teacher and well liked in his community.

Police and a doctor from Chaophya Abhaibhubejhr Hospital foundthe body of the English teacher lying face up on a bed.  He was wearing only a pair of shorts. He had been stabbed in the chest, just below the heart. A small paring knife stained with blood was found near the body.

According to Thai Media the English teacher was identified as Mr. Wilhelm Klaus from Germany

Mr. Nisit Sripoom, 52, a neighbour across the street, said Klaus taught English at the Thambrit Mr Paul language institute. He also had a 19-year-old daughter who was away with her husband in Sukhothai province.

According to Mr Nisit he was frequently visited by his former wife Sriwan Khunmak, 45. She was also the person who discovered his body.

Mrs Sriwan also told police that although they had parted ways, she continued to visit him regularly. She said he called her on Tuesday, saying his mother had just sent him 40,000 baht from Germany.

He had allegedly asked her to go with him to pick it up. When she arrived on Wednesday morning, she discovered his dead body.

Police were investigating the murder. The German man’s body was sent to the Chaophya Abhaibhubejhr Hospital for an post-mortem examination.  Police said the will be in contact with the German Embassy in Bangkok and also his family in Germany.

Bangkok Court Sentences 2 Soldiers and a Policeman to Death

Wildlife Sanctuary Ranger Shot and Killed in a Clash with Poachers