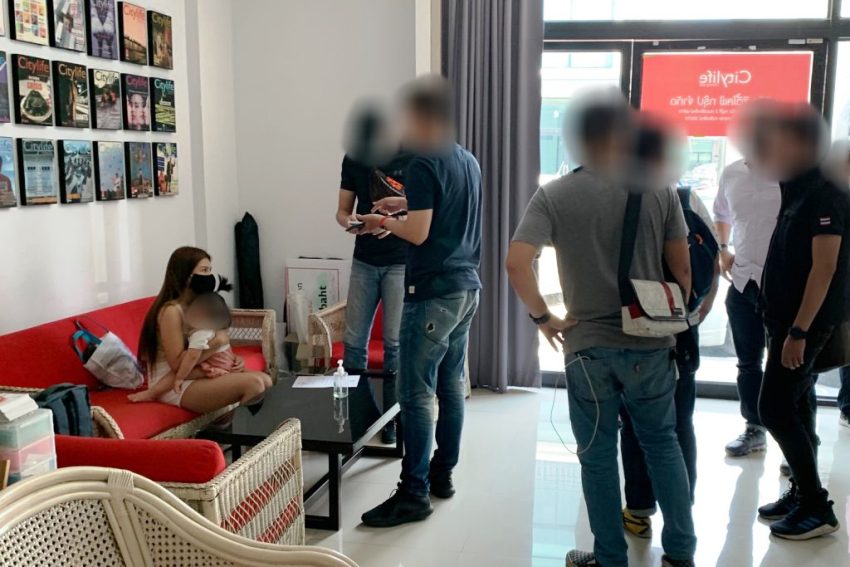 The editor-in-chief of Citylife Media Group in Chiang Mai made a police report after discovering almost Bt4 Million was gone from her Bank Account. Citylife editor, Pim Kemasingki, said she discovered on Wednesday that her SCB account only had 24 baht remaining.

That evening an investigator from SCB Bank called to report that Ms. Jessadaporn Khamtong, 26, a junior clerk at Citylife Media Group, and past employee of Siam Commercial Bank, had been withdrawing money from her account.

Ms. Jessadaporn allegedly used AirPay an online wallet app to withdraw the Citylife editors money.  Since April 19th Jessadaporn had transferred the money to her SCB and Kbank accounts. Before the money disappeared into an online gambling website.

Jessadaporn admitted to secretly hacked her employer’s bank account information. She then proceeded to transfer the money into her account through AirPay. She used the app more than 115 times from April 19th to steal 3,975,841 baht.

Later in the same day, her 31 year old husband, also surrendered to Chiang Mai police after hearing there an arrest warrant for him. Jessadaporn confessed to police that she had stolen the money from the account.

She worked as a junior admin for Citylife Group and had access to her employer’s ID card, phone number, and bank account number. What is still unclear is how she accessed the money as she had no authority for internet banking.

According to Police Citylife editor talked to Jessadaporn’s husband with police today. The husband denied involvement and said he too was a victim of his wife’s crimes. He was later released on 200,000 baht bail to care for their one year old daughter.

Meanwhile, Jessadaporn faces three to five years in jail for each of the 115 transactions. The crime also caries a minimum 20 years jail sentence.

Citylife magazine started life as ‘The Chiang Mai Newsletter & Advertiser’ back in 1992. In those days it was handwritten, typed up by a clerk and physically cut and pasted onto A4 sheets of paper before being sent for printing in Bangkok. The magazine was in black and white plus one colour, which changed each month.

Over the years, the expatriate community grew and with it the magazine. In 2002 it changed its name to Citylife and covered every aspect of Chiang Mai living from news and issues to lifestyle and social life.

Today the magazine is still the most sought after English language publication in Northern Thailand being read and enjoyed by expatriates and locals alike.