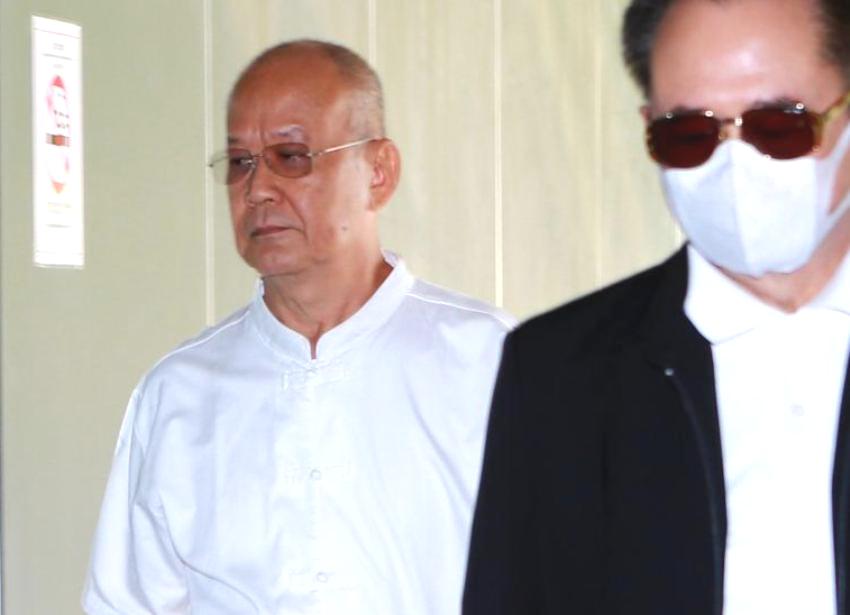 A former abbot of Wat Sa Ket (Golden Mount) has been given a suspended jail term of 36 months and fined 27,000 baht for the embezzlement of 69.7 million baht in temple funds.

The sentence was handed down at the Central Criminal Court for Corruption and Misconduct Cases on Wednesday. The court found Thongchai Sukkho, 64, the former abbot guilty of malfeasance.

Public prosecutors earlier told the court that Thongchai also conspired with former officials of the National Office of Buddhism (NOB). He funneled 69.7 million baht for Buddhism promotion and Buddhist training to Wat Sa Ket. The only temple to receive such an amount from the office’s 5.36-billion-baht budget in 2016.

The court also found that the money was embezzled for personal use.

However, the court suspended the former abbot’s jail term for two years because he had promoted Buddhism. Furthermore because he never previously breached Buddhist rules.

Thongchai was among several former members of the Sangha Supreme Council arrested in 2018 for temple fund embezzlement, according to the Bangkok Post.

Phanom was sentenced to two years and 12 months and the three other defendants to three years and 18 months.

Murderer of Dutchman Finally Arrested after 13 Years on the Lam