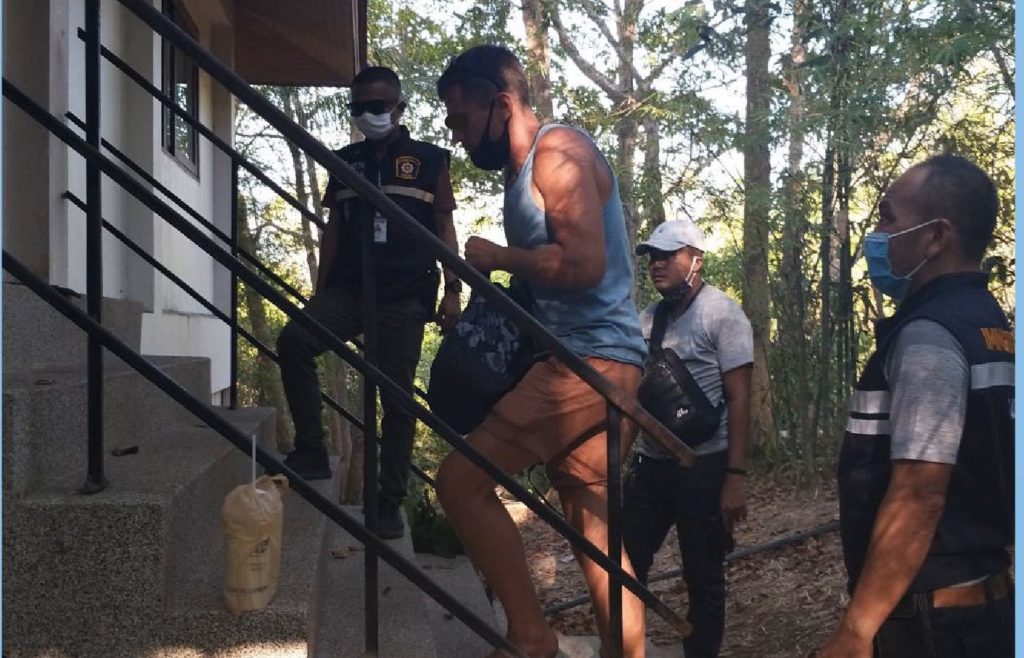 Eighteen foreign tourists have been arrested for partying at a house on Pha-ngan Island in violation of state of emergency decree. The Island is also home to the popular full-moon parties.

Police, from Koh Pha-ngan police station raided the house after a tip-off from the village headman. Reporting that many foreign tourists were regularly gathering for drinks parties.

Arriving at the scene, police found 17 motorcycles parked in front of the house. They also heard loud music coming from inside the residence. Police then entered the house and found bottles of liquor, a computer notebook and a sound system on the second floor. No illegal items were found. The Russian tenant of the house claimed that he had merely invited some friends round for a drink and chat.

Police later escorted the foreigners, including the tenant, to the police station. They were charged with violating the ban on social gatherings, intended to prevent the spread of COVID-19.

Meanwhile, Royal Thai Police spokesman Pol Col Krisaana Pattanacharoen said today that more than 7,000 people have been arrested for violating the night time curfew in the past two weeks.

He said that the figures show that some sections of the public still do not understand the important role the curfew plays. Above all in limiting the spread of the disease. Meanwhile, the Royal Thai Police has made available a form, for any individuals who feel the need to travel during the curfew. So that they can be exempted from arrest.

Thai Monk Arrested for Shooting Man in the Groin at Temple