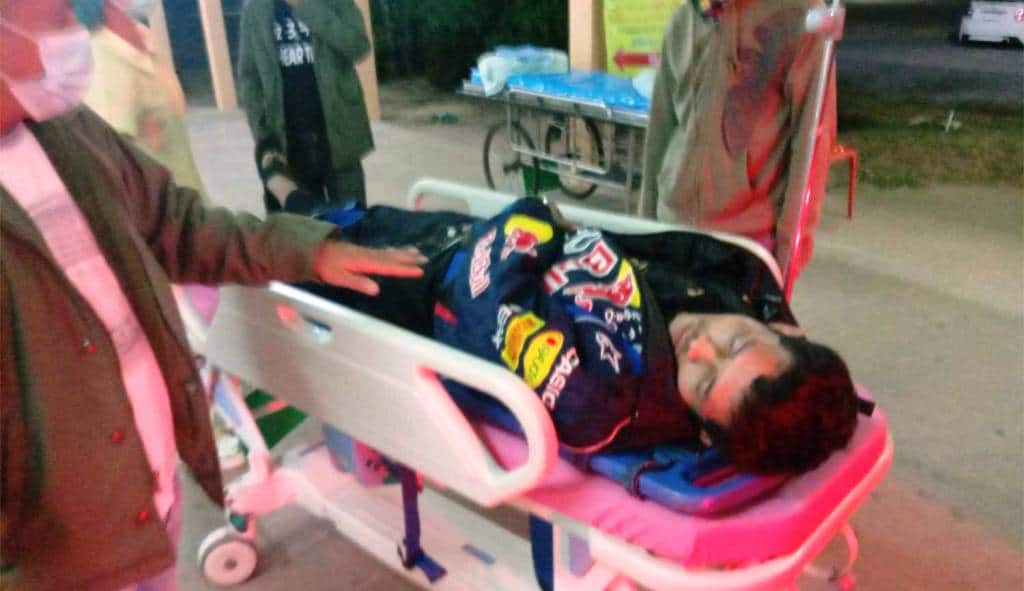 Two drug runners have been arrested, one of them wounded, and more than 2 million meth pills and about 400kg of crystal meth seized as police exchanged shots with the occupants of a pickup truck in Nakhon Ratchasima province in the early hours of Thursday.

Officers from Nakhon Ratchasima province, backed by local police, signaled a pickup truck with two drug runners on board to stop for a search around 1am.

In response, the passenger fired gunshots at police as the driver tried to avoid the road block. Police said they fired back in response. One of the suspects was wounded and the pickup brought to a halt. Both men were arrested, police said.

A search found more than 2 million speed pills and about 400kg of crystal methamphetamine in packages inside the vehicle. Police said the drugs were being smuggled from Nakhon Phanom province to buyers in the Central Plains.

Meanwhile, the Office of Narcotics Control Board (ONCB) is working closely with the Food and Drugs Administration and Customs Department to find the source of diazepam that was detected in the fatal ketamine cocktail known on the streets as “k-nom pong”. Diazepam is an anti-anxiety medication.

At the same time, authorities are also looking into another ketamine concoction called “Talaysai”, after a friend of a victim that had overdosed on k-nom pong told police they were warned that it is much stronger than k-nom pong.

Vichai Chaimongkol, secretary-general of the ONCB, said diazepam is not available over the counter in Thailand, and lab tests showed that the diazepam found in the drug cocktail is “90% pure“.

Imports of diazepam are supervised by the FDA, so the ONCB has asked the agency to forward a list of distributors for examination, he said. The Customs Department has also been asked to examine imports of pharmaceuticals as part of the crackdown on the drug, which claimed the lives of at least seven people in Bangkok last week.

Experts determined the drug — also known as “K-powdered milk” — to be a combination of heroin, ketamine, methamphetamine and sleep medication, and authorities are trying to find where it is produced.

Mr Vichai said while the discovery of diazepam in the cocktail meant that it is unlikely the drugs were made by small-time dealers, as diazepam is too expensive to be used to “cut” harder drugs with.

“From our initial investigation, the diazepam is likely to have been smuggled from abroad, or smuggled out of pharmacies,” he said.