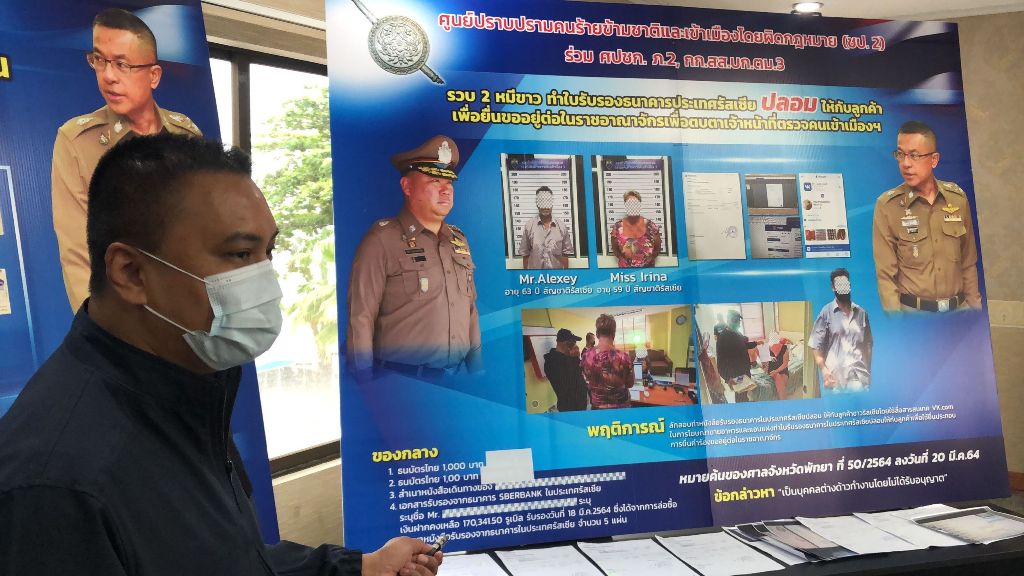 Police from the centre for the suppression of transnational crime and illegal immigration, armed with a warrant from Pattaya Court, searched a house in Pattaya on Monday.

Pol Gen Wisanu said investigators had learned two suspects operated a website which provided fraudulent financial statements, allegedly from a bank in Russia. The documents were for Russian clients who wished to obtain a permanent residence visa.

The website sold food as a front for the illegal operation.

Russian clients would take the financial statements to the Russian embassy, to have them certified. The statements would then be used to support an application to the Immigration Bureau for a permanent residence visa.

Arresting police also seized an amount of money, copies of passports and fake financial statements supposedly from SberBank of Russia in many Russian names.

Sberbank of Russia is a state-owned banking and financial services company headquartered in Moscow.

The Chinese men allegedly confessed to being computer programmers operating a website catering to Chinese clients. According to arresting officers they said they took their orders directly from their boss in China.

They were charged with working illegally and overstaying their visas.