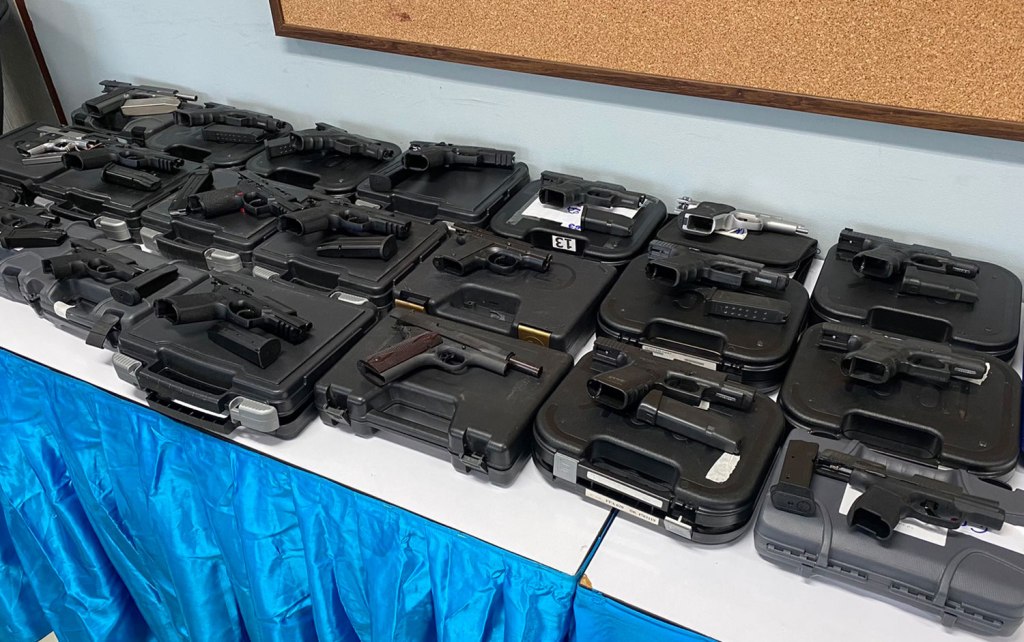 Crime Suppression Police have a total of seized 78 hand guns and ammunition belonging to a gold shop owner in Bangkok. Police conducted a raid on his condominium in Nakhon Pathom Province on Friday. He is accused of selling the hand guns online.

Crime Suppression police officers found the haul in a 19th floor unit of a building in central Thailand’s Nakhon Pathom Province. The unit belonged to Mr Anapat Rujirapat, 43, the owner of a gold shop in Nong Khaem district of Bangkok.

Mr Anapat, 43, was arrested on Wednesday during a CSD police raid on his shop in Nong Khaem, where another large cache of weapons was found.

He is among three suspects caught separately during Crime Suppression police raids on eight spots in Bangkok and other provinces. Seized were 41 hand guns, 15 rifles, 14 grenades and more than 1,000 rounds of ammunition. Also facing charges are Naruephol Chan-nuan, 39 and Saharat Lopthongkham, 27.

Pol Col Pornsak Laorujiralai, deputy Crime Suppression chief who led the operation, said the investigation would be extended to find other members of this firearms network. 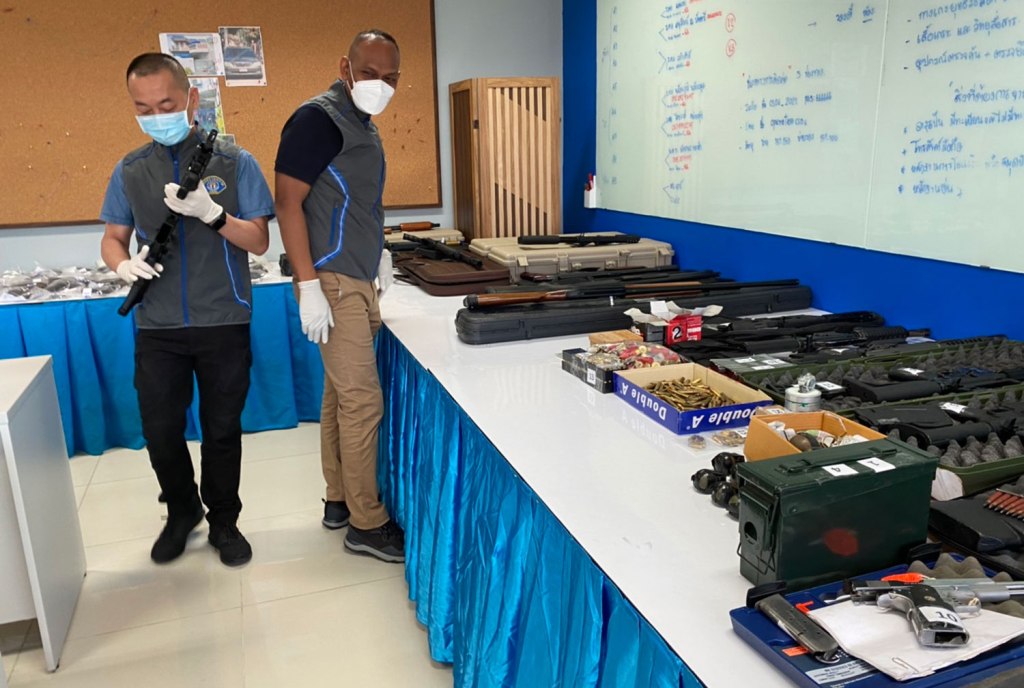 In Thailand, the rate of civilian gun ownership is 15.1 per 100 people—significantly higher than neighboring Myanmar at 1.6, Cambodia at 4.5 or Laos at 3.0. Many Thais cite personal protection and the ineffectiveness of law enforcement as the main drivers behind their purchase of a firearm

On paper, Thailand has seemingly strict laws on gun control. There is a prison sentence of up to 10 years for carrying illegal firearms, comprehensive background checks are mandatory and each gun license only permits one firearm. Nevertheless, lax enforcement coupled with widespread corruption among police officers has led to a thriving underground market.

Many people circumvent the law with relative ease, even buying guns via social media. Some see platforms such as Facebook as promoting the sale of guns. A second hand .38 Smith & Wesson hand gun can be easily purchased online starting at approximately Bt 20,000 (US$600).

From handguns to low-powered rifles, firearms are also frequently smuggled in through the Thai-Cambodian border and sold at half the price of a legal weapon. To add, firearm imports to Thailand have increased during the pandemic. Nevertheless, authorities are insisting that the number of gun-related deaths is declining.