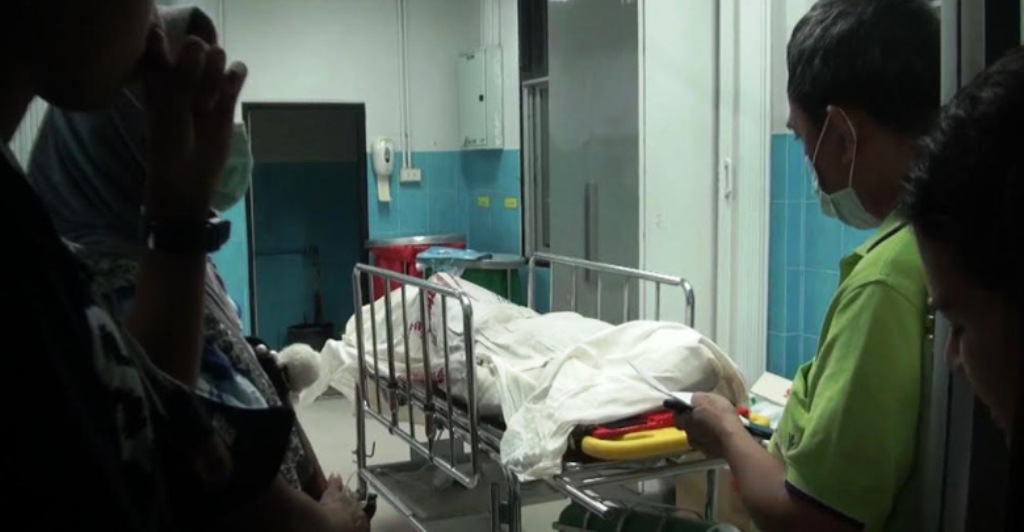 Villagers in southern Thailand’s Nakhon Si Thammarat have accused Crime Suppression police of killing a drug suspect in cold blood as he was surrendering. Angry villagers surrounded a team of police who fatally shot a drug suspect in Ron Phibun district on Sunday. Villagers said the drug suspect did not have a gun and was raising his arms in surrender.

Crime Suppression police shot Charoensak Rachpumad, alias Bang Mad, 31, about 5pm in a rubber plantation near Moo 3 village in tambon Hin Tok. He was hit in the abdomen and died sometime later in hospital.

Several witnesses said police had overreacted a shot him for no reason. They said Charoensak had only a small pocket knife and was surrounded by about 10 policemen. Witnesses said Charoensak was shot in cold blood as he was raising his two arms in surrender and asking police to spare his life.

Afterwards, about 100 villagers surrounded the police, refusing to let them leave for over two hours before dispersing at dusk. Pol Col Sangob Chansing, the local police chief, went to the scene after learning of the standoff.

Arnon Seng-iad, 42, Charoensak’s brother-in-law, said relatives would file for legal action against the officer who shot him. They said although Charoensak had been involved in drug dealing, police had overreacted.

He was not in any position to give any resistance and was shot in cold blood, he said.

Charoensak was wanted under a warrant issued by the Nakhon Si Thammarat Court for alleged involvement in the sale of weapons and drugs. Also an alleged attempt on a policeman’s life in Cha Uat district.

Crime Suppression police armed with the court warrant were about to arrest Charoensak when the fatal  shot was fired. Meanwhile, the body of a missing man was found by locals walking through a forest in Krabi’s Plai Phraya district. The man’s wife believes he was murdered, but police have not announced if they will open a homicide investigation, saying they are waiting for autopsy results.

47 year old Arun Sittisang went missing in May. Authorities who initially examined the body believe he has been dead for at least 3 months. His wife, 47 year old Sujit Kaewwihok, travelled from Nakhon Si Thammarat to identify the body and says she thinks Arun was killed.

Arun’s 21 year old daughter says her father contacts the family on a regular basis since he often travels, but he suddenly stopped calling in May.