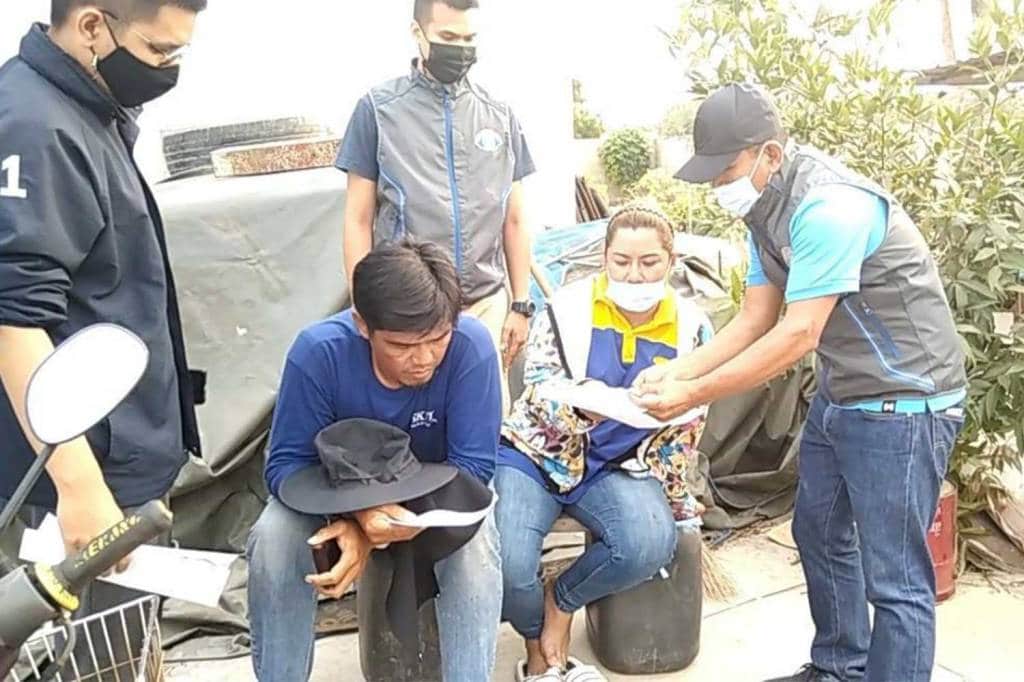 Thailand’s Crime Suppression police have arrested a couple for alleged embezzlement and murder after 14 years on the run. The suspects Bupaiwan Hiamharn, 41, and his wife Panadda Namwong, 39, were detained at a house in Bang Nam Prieo district, Chachoengsao province on Wednesday.

The couple was arrested on warrants issued by the Loei Provincial Court on Dec 6, 2006 and March 16, 2007 for premeditated murder, Pol Col Thongchai Yukate said on Thursday.

On Dec 2, 2006, Mr Bupaiwan and Ms Panadda, then employees of an oil company in Loei province, had allegedly conspired to murder their colleague Boonmak Phimsap, 54.

The couple had driven a pickup to Boonmak’s house and said he should accompany them on a trip to buy oil from a customer.

On an isolated road, at Ban Panang in Loei’s Erawan district, Mr Bupaiwan stopped the vehicle and then shot Boonmak dead with a .38 pistol. The couple then buried the body beside the road and fled from the province.

CSD investigating police eventually tracked the couple to Chachoengsao province, where they were subsequently caught. Pol Maj Surasak Yeedbueng, the investigation chief the operation to arrest them.

The couple admitted to the murder

During interrogation, they told police they had colluded with Boonmak to embezzle money from their employer, an oil firm, forging documents to get oil to sell to outsiders themselves.

They and Boonmak argued over the division of money from the sales. The couple feared he would expose them to their employer, so they hatched a plan to kill him, Pol Maj Surasak said.

The suspects were handed over to Erawan police station for legal action. Pol Col Thongchai said the couple were also on a police blacklist of gunmen.