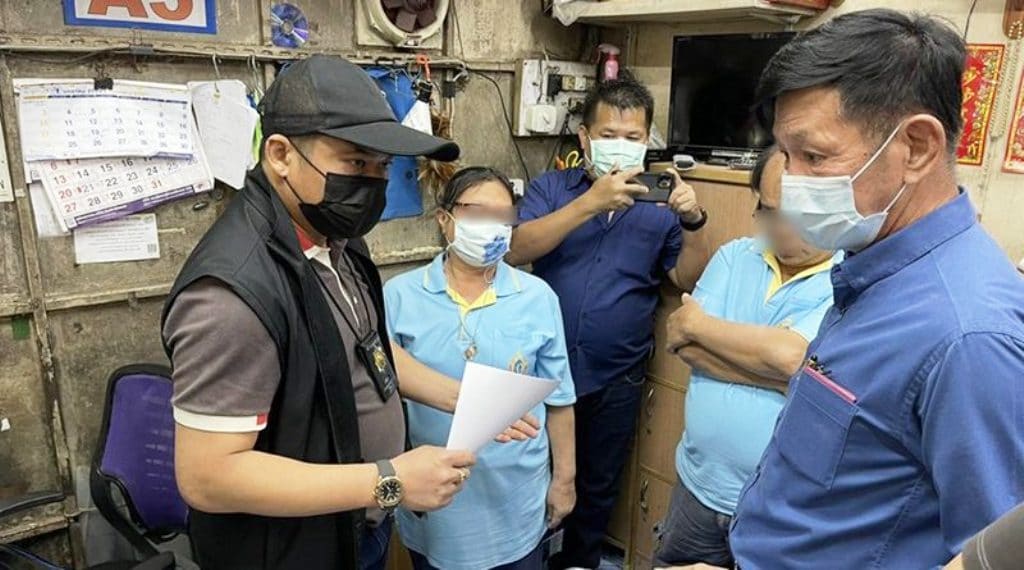 A husband and wife have been arrested for creating and selling fake medical certificates at their copy shop in Samut Prakan. Police reported that the couple had template forms for almost every hospital in Thailand including both private and public hospitals.

Thanakorn Sangwong 58 and Sumin Knimjaingan 56  admitted to police that they had a big group of customers that work in factories and the entertainment industry.

Police Colonel Piyawut Kaewmanee from Samut Prakan Police inspected a print and photocopy shop at 17.00 on 22 January 2021. The shop is located at a market in the main city of Samut Prakan. Police received information that the shop has been selling fake medical certificates.

When police arrived at their copy shop the two were busy typing on computers. Officials inspected inside a desk and found a 100 THB bill that was used in a sting operation.

Inside the computers were hundreds of logos and forms of hospitals in Thailand. Police seized 2 computers, 2 printers, and paper used to print the fake medical certificates.

Police Colonel Kritsada Trisarnputthachat revealed that many companies in the Bangpoo Industrial Estate have called asking about medical certificates issued by the hospital. The companies all noticed that there was something strange about the documents. There were also many employees who used the same medical certificate for sick leave.

One of the hospitals revealed that the medical certificates used names of doctors who didn’t actually work at the hospital. There was also no history of the patients visiting the hospital.

Many of the customers work in factories and the entertainment industry. The couple claimed they had been creating fake medical certificates only for a short while.They said the needed the money due to a loss of business due to government lockdowns in Samut Prakan.

Both were delivered to the Samut Prakan City Police Station for further police action.