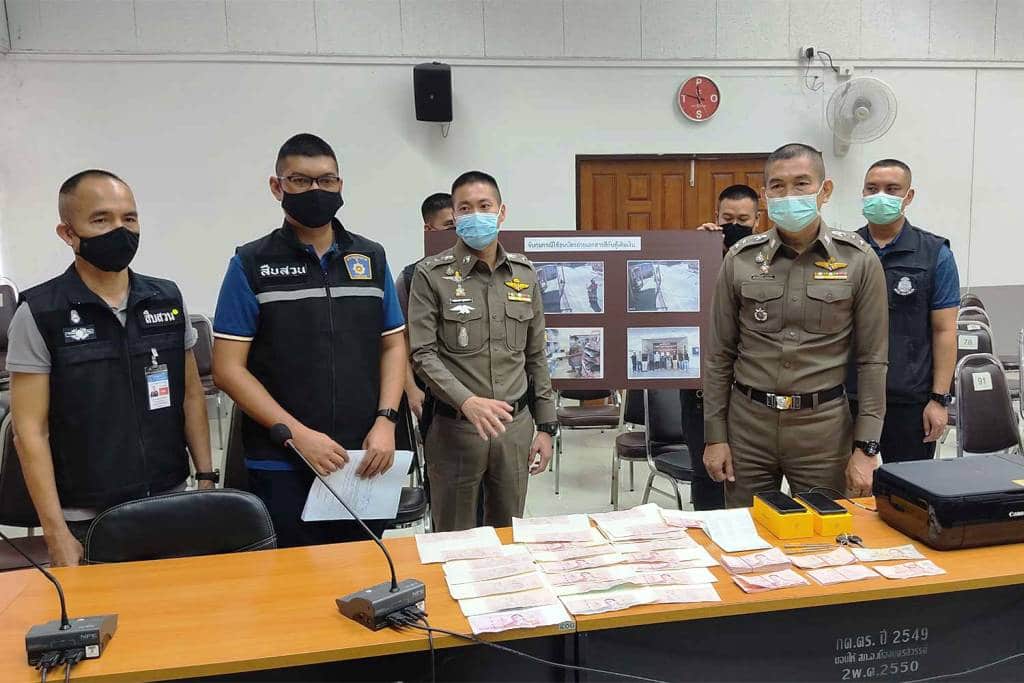 A couple in lower northern Thailand have been arrested after depositing hundreds of photocopied bank notes into their account through ATM machines. Pol Col Narongsak Promtha, the deputy chief of Nakhon Sawan police, said the couple were taken into custody on Sunday.

Their arrest followed a complaint filed by a representative of Ban Telecom (2005) Co Ltd, the operator of “Boon Term” ATMs, which take cash deposits online.

The representative said an unknown person had deposited at total of 60,900 baht in fake 500 baht and 100 baht notes into a Kasikornbank account through the company’s ATMs.

Police investigators examined security camera recordings at the ATMs. They showed a young couple using CMDs at different locations. They arrived on a motorcycle and made many deposits. This led to the arrest of the two suspects on Sunday.

Couple got the idea from Tik Tok video

The two allegedly confessed they got the idea from watching videos on the Tik Tok app. They bought a printer and paper, and ran off some fake notes.

They tried to deposit some of the notes using a Boon Term ATM. The photocopied notes were accepted by the machine and the amount sent to Mr Nathapong’s Kasikornbank account.

Emboldened by their success, they did this 62 times in all, for a total of 60,900 baht. They had withdrawn and spent some of the money credited to the account.

Pol Lt Col Thanit Nanthawisit, deputy chief of Muang police, said the Ban Telecom representative admitted there were problems with the sensors on some of the company’s ATM machines.