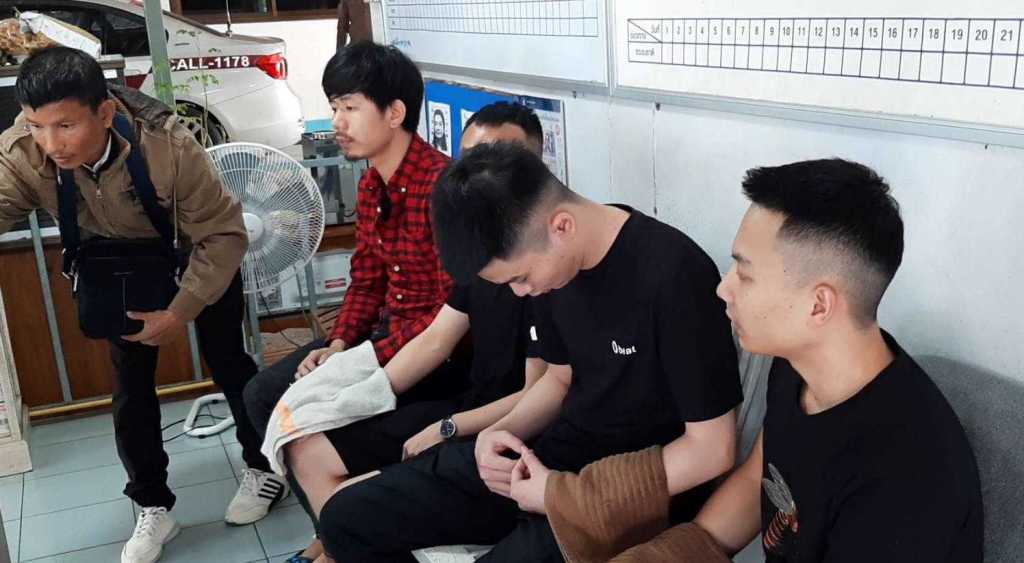 After a thorough check, police found that their passports were forged with false identities, according to Thai Media.

The 4 young men told police through a translator that they purchased fake passports in Cambodia. They used them to enter Thailand the border crossing in Sa Kaeo Province in eastern Thailand.

They hired a Thai driver to take them to the border and intended to continue to Kokko Chinatown. A Chinese mega-project in Myanmar, across the boarder from Mae Sot Thailand.

Three years ago, Jilin Yatai International Holding Group, from China, invested $US15 billion in a mega-project. Construction of a residential, commercial and industrial on more than 5,085 rai of land in Shwe Kokko. Which is located by a river in Myanmar. Even more its just 20km away from Mae Sot district in Thailand.

The project, dubbed “Kokko Chinatown” is also expected to be completed by 2027.The Chinese Company has secured a 70-year lease from the Myanmar government. However, this could change as it’s been said the lease may be extended up to 99 years.

The project’s plans above all include the construction of homes, an entertainment complex; supermarkets; department stores; a police station; an airport; cargo depots; a one-stop-service centre; a hotel comprising of 1,200 rooms; also a casinos and much more.

The project is believed to be the largest ever overseas investment project by Yatai International Holding Group.

Kokko Chinatown will certainly transform the landscape and lives of people living in both Myanmar and Thailand.