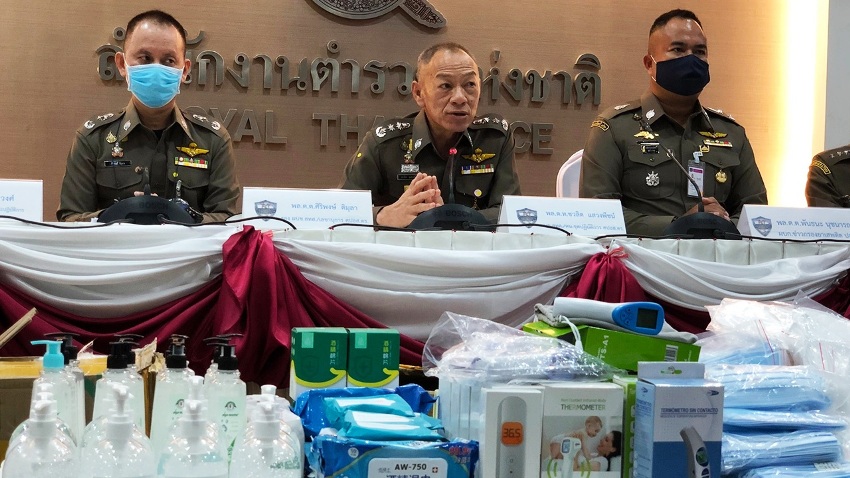 Two Chinese nationals have been nabbed for selling contraband including adult sex toys and hemp oil worth millions of baht. The pair were arrested at a commercial building in Bangkok’s Bang Khunthian district.

According to Thai Media the men said the goods were being stored being distributed to online customers.

Police Lt Gen Chavalit Sawaengpeuch said the suspects previously only sold sex toys but expanded their enterprise. Above all to profit from the Covid-19 pandemic. He said both were charged with selling contraband items.

Meanwhile, Police arrested four men and seized 39 kilograms of crystal meth, or Ya ice, in Hat Yai, Thailand. Police Maj Gen Damras said the drugs had been smuggled to Hat Yai from Myanmar.

The drugs were to be delivered to Narathiwat for further distribution in Malaysia. Police said they were extending the investigation.

Police in Chiang Mai found a man hanged in a forested area of Mae Rim. He was hanging off a tree and is believed to be around 40 years old. Furthermore police forensics also believe he had been dead for around three weeks.

The man had no identification on him and no one in the neighbouring villages know of any missing person who may match the description. He was also found in a very remote area of the forest. Because according to villagers the area he was found requires a hike to reach.

Police are also seeking any information which can lead to the identity of this man.