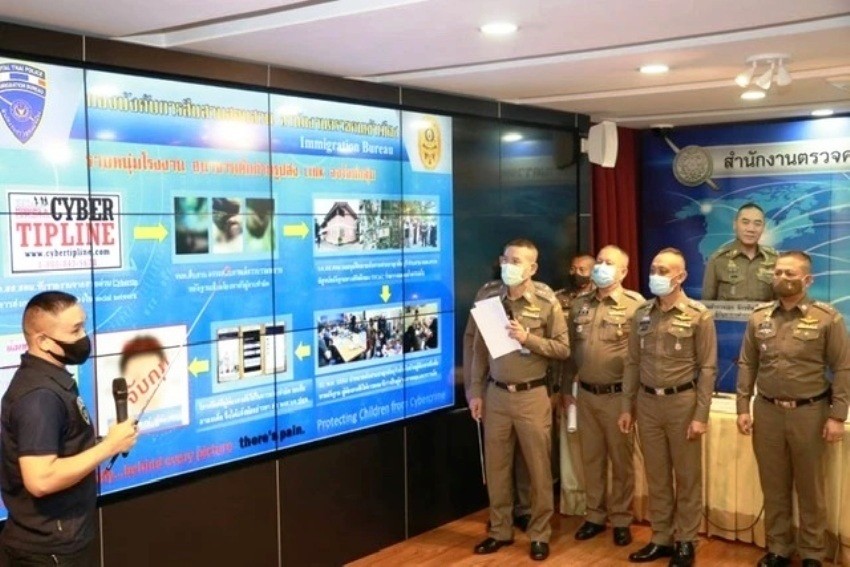 He was identified as Kittiphong, a native from Sakhon Nakhon who worked in Bangkok.

On May 21, police from the Immigration police; the Thailand Internet Crimes Against Children Task Force; and also the anti-trafficking in persons division; armed with a court warrant, raided Mr. Kittiphong’s room.

Police found eight mobile phones which contained images of underage children. Police said Mr Kittiphong admitted he uploaded the images onto his Twitter account. He also uploaded images to a group on the Line application charging a membership fee of 350 baht.

Pol Lt Gen Sompong also announced the arrest of a woman at an upscale condo in Bangkok. He said the woman falsely claimed she was lured into prostitution abroad. She duped unsuspecting foreigners who had affairs with her to pay a ransom for her freedom.

The woman also texted messages to married victims for blackmail purposes. Threatening she would reveal their affairs to their wives if they didn’t pay her money.

Consequently her victims were forced to transfer more than 1.5 million baht to her, Pol Lt Gen Sompong said.