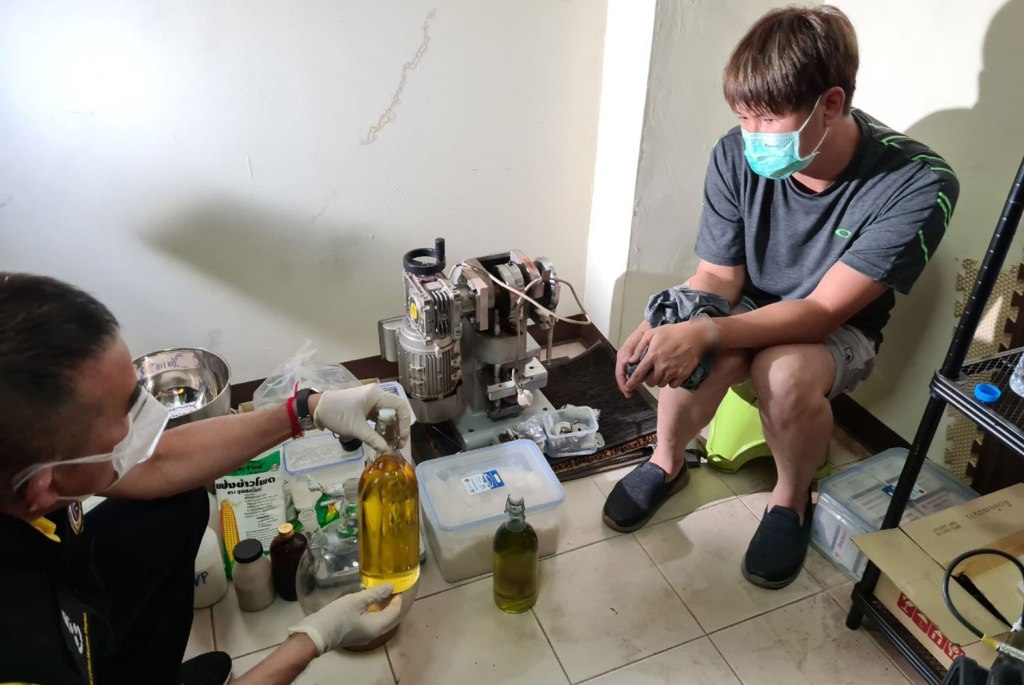 Mr Pathiwet Suwankhiri, 42, was apprehended at his room on the third floor of a building at the Phra Ngoen Eua-Arthon housing estate in in Nonthaburi province on Saturday morning.

Pol Gen Manoon Mekmok, deputy national police chief, said the arrest followed a police investigation into a drug gang that was selling locally made ecstasy pills to patrons of entertainment venues in Bangkok.

Mr Pathiwet made conflicting statements during questioning. He admitted to having produced ecstasy pills by using his knowledge in the field of chemical engineering.

The suspect claimed he had purchased chemicals online for producing the drugs, but investigators were not convinced as some of the precursor chemicals are banned and would have had to be imported.

Authorities are expanding the investigation to find where the precursor chemicals came from. 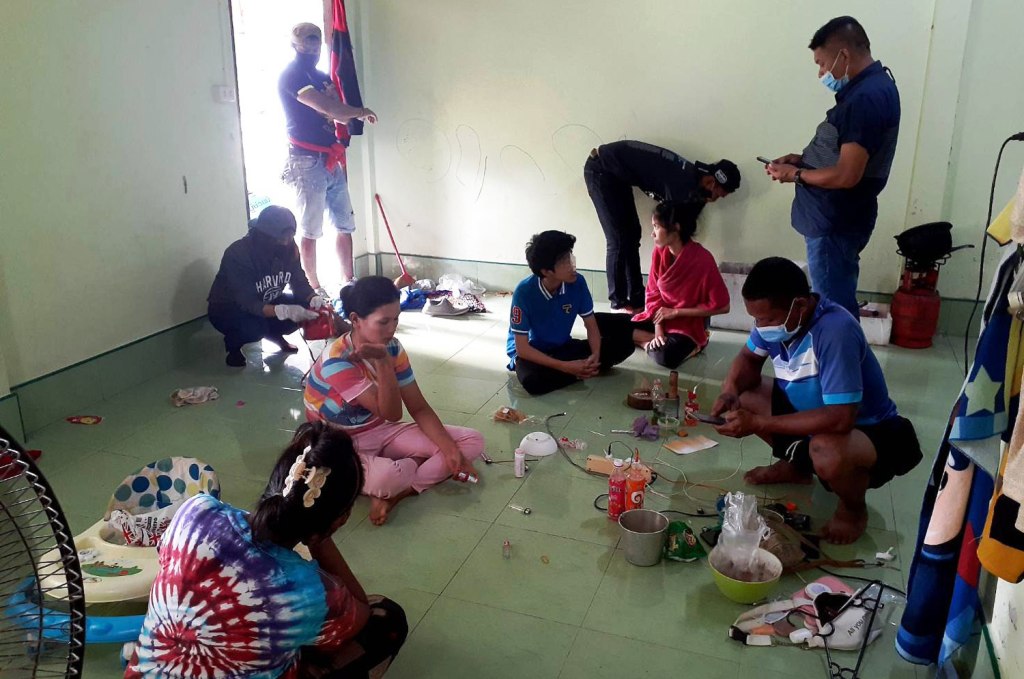 Meanwhile, police have arrested five people, including a woman with a baby and a pregnant woman during a drug raid on a rented house in Songkhla on Saturday.

A team of local officials and volunteers surrounded the house after receiving a tip-off that people were using it to take drugs and sell meth pills and crystal meth to young people in the community.

In addition to arresting the five people inside the house, authorities seized meth pills, crystal meth and drug paraphernalia.

All confessed to using drugs at the house regularly, officials said. They were handed over to local police for further legal action.