Businessman Gunned Down in Front of Children in Southern Thailand
Advertisement 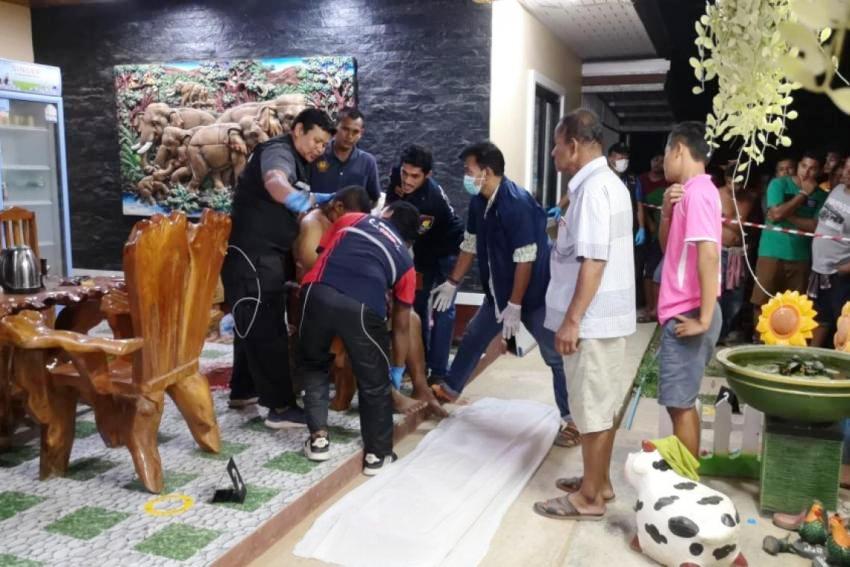 A police station in Trang southern Thailand has reported a businessman was killed by a gunman at his house on Tuesday. Pol Capt Sukij Songthep, from the Khao Wisit police station, said the attack occurred about 9.35pm.

The house was located in Moo 10 of tambon Khao Wiset of Trang Province.

A hooded gunman in a white shirt broke into the house and opened fire on Suchart Kongpeng, 32. The murder was witnessed by four other people also in the house. They were his wife, their 12-year-old son and also two other children.

The charred body of a man was found inside a burned-out pickup truck beside a cassava plantation in Nakhon Ratchasima. Local residents found the gutted Toyota pickup behind a municipality office.

They told police from Pho Klang police station they went to investigate a fire in a grassy field. Upon there arrival they found the burned out pickup and corpse nearby. They believed the fire had spread from the vehicle to the field.

According to the Bangkok Post a charcoal stove was also found on the floor below the left front seat. Police from the Pho Klang police station said it appeared he suffocated himself before the vehicle caught fire. The Toyota pickup was registered to Kittisak’s father.

Mr. Kittisak’s wife told police her husband was promoted to the rank of flight lieutenant in November. However he suffered from stress and had consequently been taking anti-depressant medication.

Police were investigating, to establish the actual cause of death. Furthermore they wish to rule out the possibility murder.