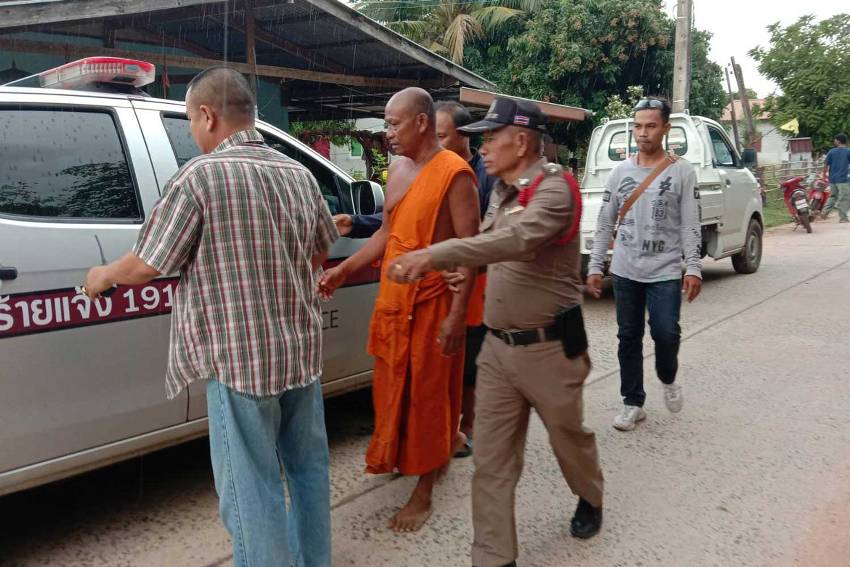 Police in northeastern Thailand have arrested a Buddhist monk after he hacked a pregnant woman to death in Buri Ram Province of Thailand. The Buddhist monk said she was allegedly trying to blackmail him after having an affair.

Eyewitnesses told investigators that Phra Um Deeruenrom, 59, the abbot of Wat Ban Nong Bua in tambon Tum Yai, was driving a van and he intentionally collided head-on with a pickup travelling towards him.

The pickup was driven by Thampaphon, a member of a tambon administration organization (TAO). He was accompanied by his wife, Lampai, 36, who was eight months pregnant.

The two vehicles collided head-on and were badly damaged. After the collision, the woman got out of the pickup and ran away. The monk chased her with a machete, ran her down and stabbed her. She sustained two deep wounds to her head and another to her right wrist, and died at the scene.

Her body was taken to hospital. Her baby also died. Lampai’s husband, Thampaphon, was injured in the collision.

The abbot was later arrested at a relative’s house in the village. Police said he admitted to the crime, but refused to reveal the motive.

However, villagers told police he had an affair with Lampai. She had called him many times, demanding money and threatening to expose him.

The monk was expelled from the temple and then charged with premeditated murder and carrying a weapon in public. The slain woman’s surname was withheld by police for respect of the family. 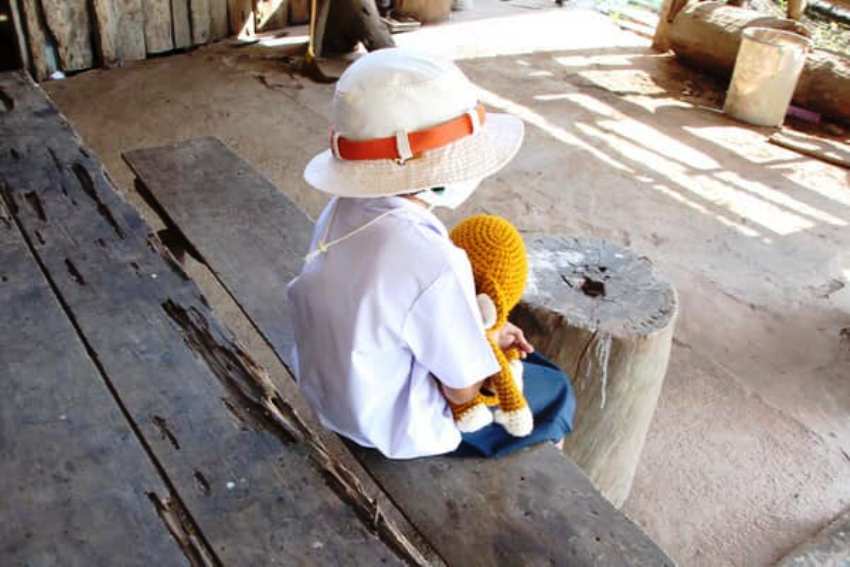 A 12-year-old rape victim and her sister have been placed under police protection after they were threatened by the suspected rapists for exposing their crime.

Five adults and two juveniles identified as the rape victim’s relatives and neighbours stand accused of raping the 12 years old. Also committing indecency with a person under 15 and threatening to use force.

The five adults were arrested last week, but one of them was released after posting 350,000-baht bail yesterday. One of the two juvenile suspects turned himself in to police.

The release of the adult sparked fears of retribution against the victim for exposing the crime.

On Tuesday, provincial governor Nimit Wanchaithanawong said he had ordered local authorities to protect the girl and her sister. The girl has since been placed under police protection at a welfare home. Furthermore her sister was placed in the house of a local leader for protection.