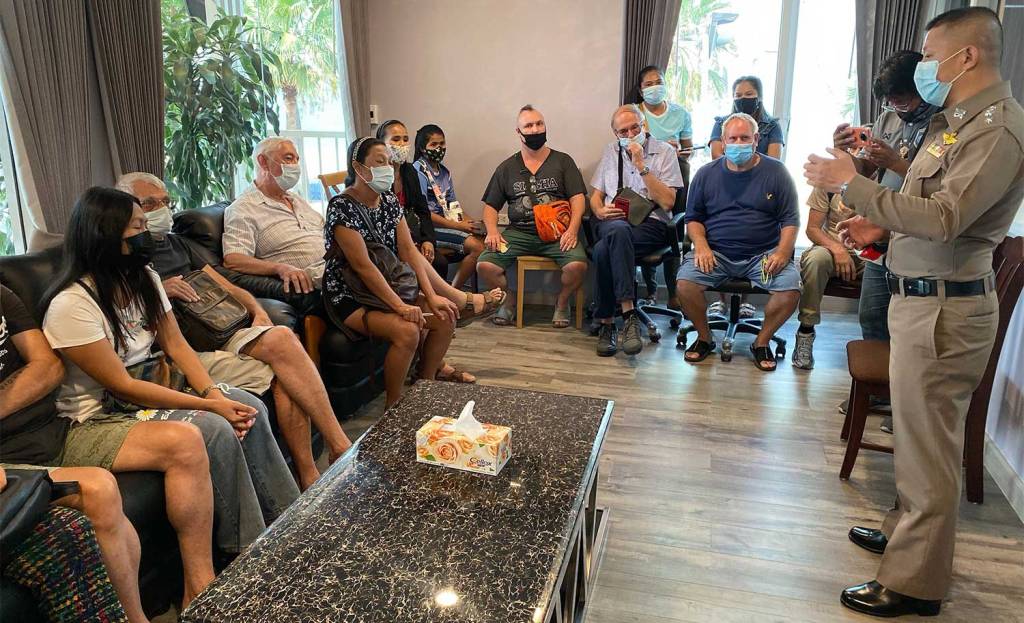 A group of foreign Expats in Pattaya have filed a complaint against an assistant bank manager alleging he fraudulently took money fraudulently from their bank accounts.

Around a dozen Expats and their wives on Tuesday filed the complaint with Pol Col Phisit Phoolsap chief of Pattaya police station against Mr Chaisit Sappermphool, a former assistant manager of a bank branch in Pattaya.

Some of them also accused him of allegedly duping them into investing into funds, causing them to lose money.

The complainants said they had deposited their retirement funds at the Pattaya branch and Mr Chasit had helped them with deposits, withdrawals and passbook updates for several years.

The irregularities were found when some of them updated their passbooks at other branches. They found the balances did not match what was shown in their passbooks. When they showed the passbooks and the transfer slips as evidence, they were told the documents were not the versions currently used by the bank.

Some of them were also persuaded by the man to invest in mutual funds, which he claimed had given high returns. The victims did not suspect anything since the man held a high position of assistant branch manager at the time.

The damage was estimated at tens of millions of baht, according to the complainants.

Pol Col Phisit said the bank had already filed a lawsuit against Mr Chaisit on theft charges after it found he had used the outdated versions of passbooks and documents to serve customers instead of destroying them as required by bank procedures.

He is now being detained at Pattaya court after a bail request was rejected, according to the Pattaya police chief.

Pol Col Phisit urged other people who suspected they might have been duped by the man to report to them so they could gather more evidence for further legal action.