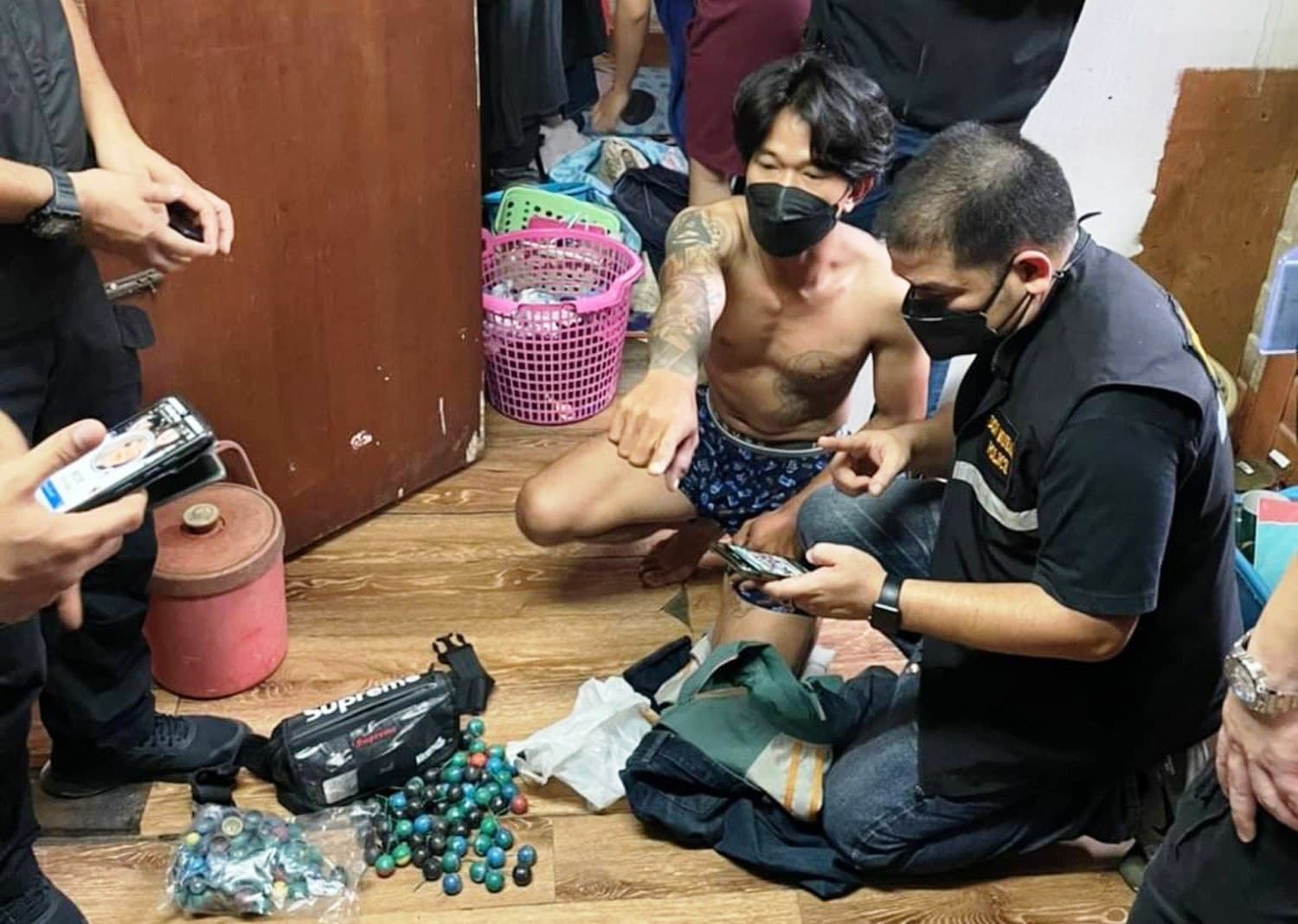 Police in Thailand’s capitol have seized 75 ping-pong bombs and arrested two men and a woman at a house in Don Muang district of Bangkok on Friday.They were selling them online via TikTok Thailand.

Police said one of the suspects reportedly admitted to having delivered ping-pong bombs to anti-government protesters, where violent clashes with police have taken place on several nights recently.

Cyber crime investigators had learned that a group of young people had been producing ping-pong bombs and selling them via the social media platform TikTok.

Investigators found that purchase orders were made via TikTok, the most recent being on Aug 13 for 100 ping-pong bombs, priced at 300 baht each, Bangkok police said.

Three Thai Nationals, Ratchasak Sasuk, 23, Yothin Chansom, 23, and Jiranan Jaija were charged with illegally making, importing or selling explosives in violation of the firearms law. The charges carry a penalty of one to 20 years in prison and/or a fine of 2,000 to 40,000 baht in Thailand.

The suspects were handed over to Bangkok’s Don Muang police station. The investigation was continuing.

Meanwhile, the wealthy family of a protester who was injured and lost his sight in one eye during a demonstration has vowed legal action against those behind the crackdown targeting anti-government protesters.

Tanat “Hi-so Luk Nat” Thanakitamnuay, 29, was badly injured during a protest in Bangkok on Aug 13.

The Thanakitamnuay family on Thursday night announced, via Mr Tanat’s Facebook account, that he sustained a semicircular cut to his right eyebrow, apparently caused by the impact of a blunt cylindrical object, adding doctors have concluded that he has permanently lost sight in this eye.

The family has blamed the injury on the crackdown on protesters and said authorities had failed to follow international practices when firing tear gas. It wrote that Mr Tanat had always adhered to peaceful demonstrations, intended only to express his opinions and avoided any action that could lead to violence or property damage.

The family said that they will take all possible criminal, civil and other legal actions against individuals and organisations considered responsible for the injury, which they added was life-changing for Mr Tanat.