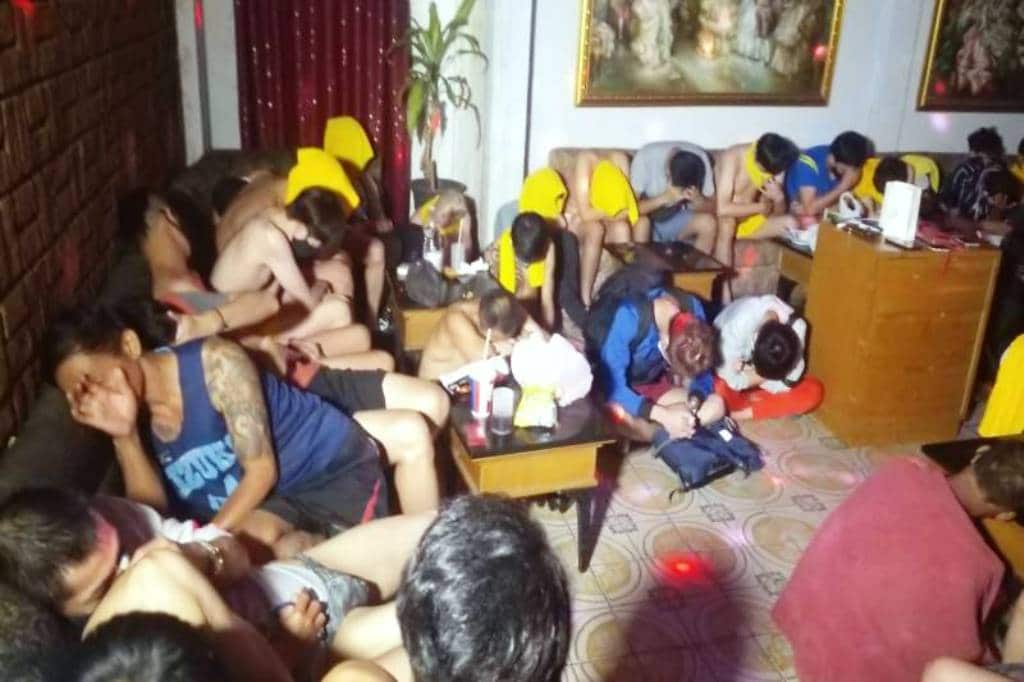 Police in Bangkok have arrested 62 gay men in a raid on a gay “ChemSex” party for breaching covid-19 restrictions, the country’s largest such crackdown during the pandemic.

“(In the past) we have just reprimanded people for gathering to drink at home,” Pol Col Ekapop told Reuters. “But under the current circumstances there shouldn’t be so many people in such a crowded area.”  He also said that Faros Sauna 2 has two buildings – one with 50 bedrooms – and a swimming pool and karaoke.

As Thailand grapples with a third COVID-19 wave, campaigners are warning of the health risks posed by an apparent increase in ChemSex parties. Parties where gay and bisexual men meet to take drugs such as crystal meth and have unprotected sex is common.

A largely conservative Buddhist society, Thailand has a reputation for its relaxed attitude towards gender and sexual diversity since homosexuality was decriminalized in 1956.

Yet Thai LGBT+ people often face discrimination and stigma in schools, the workplace and in healthcare facilities, and are often rejected by their families.

ChemSex Parties on the rise

People who attended the ChemSex party and its organizers face charges of violating an emergency decree put in place last March to combat COVID-19. Pol Col Ekapop said, the gay men could face up to two years in prison and a fine of up to 40,000 baht ($1,276).

Some 30 people have also tested positive for drugs so far and will be charged with drug-related crimes, he said.

ChemSex Party goers are at risk of drug addiction or overdoses, as well as mental health problems, according to campaigners.

Nikorn Chimkong, president of the Bangkok Rainbow Organization, an LGBT+ advocacy group, said he was concerned the arrests would contribute to the image of gay men being “promiscuous” and “spreading diseases”.

“ChemSex parties are a new normal amid the covid-19 pandemic, and what is worrying is the health of those attending, such as the risks of contracting COVID-19 and HIV,” he said.