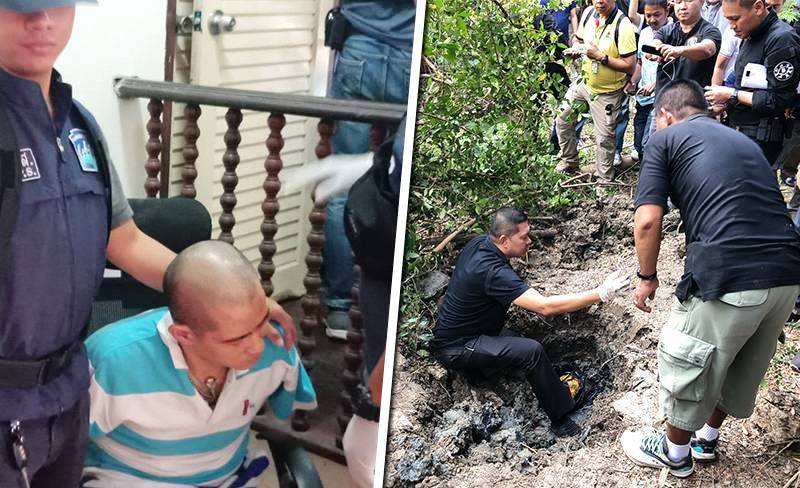 Police in Bangkok have reported they finally have enough evidence to charge a man with the killing his girlfriend. He allegedly hit her in the head then stuffed her body in a large chest.

Investigators said they were charging Mr. Apichai also known as “Ice”, with murder.

Mr Apichai was nabbed at his house in Bangkok’s Phetkasem area. Police found the body of his 22-year-old girlfriend, identified only as Kik, wrapped in a plastic bag and buried in the man’s property.

According to Thai media, Police ran checks and found Mr Apichai and Kik had sought the help of Bangkok police in July last year. Mr Apichai wanted them to track down suspects who had allegedly sexually her.

Sometime after the couple met police, Kik’s family reported the woman missing. Meanwhile investigators tried in vain to contact her over the sex attack case.

Bangkok Police said that while trying to locate Kik, they arrested a 50-year-old named only as Chalermchai. He allegedly gave important clues to Kik’s disappearance.

Mr Chalermchai said he and Mr Apichai had spent time in prison back in 2012. After they were released, Mr Apichai employed him as a security guard at his house. He told police Apichai had a heated argument with Kik before hitting her in the head and stuffing her inside a chest.

Chalermchai told Bangkok police her was then placed in a large plastic bag and buried in Apichai’s backyard.

Police said the Kik’s body was identified by her family who recognized a fish tattoo on her back.

Meanwhile, a 500,000 baht reward is offered for the capture of a gold-shop robber who killed three people, including a young boy and wounded four others at a department store in Lopburi on Thursday night.

The man held up the Aurora gold shop inside the Robinson shopping mall about 8.44pm on Thursday.

Three people died of their bullet wounds, including a two-year old boy shot in the head while walking past the gold shop with his mother. The boy succumbed to the wound at a local hospital.