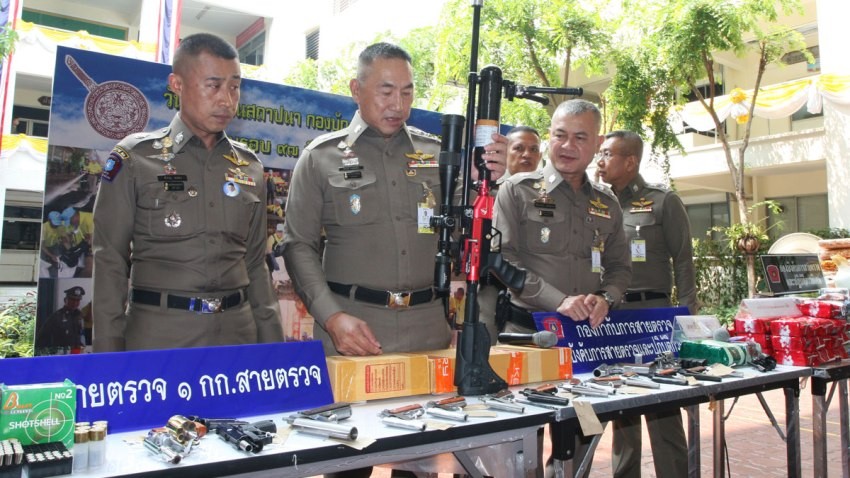 Pol Maj Gen Samran Nuanma, chief of Patrol and Special Operations Division 191, said people should call the 191 hotline if they had information about unlawful activities on social media.

Thailand has about 10 million privately owned firearms, according to Gunpolicy.org. One for about every seven citizens, of those, about 4 million guns were illegal.

Thais complained on Twitter about their disappearing sense of personal security.

“I can’t say whether Thailand has a gun problem, but it certainly has a gun culture,” said Michael Picard, Research Director of GunPolicy.org of the University of Sydney’s School of Public Health.

“Guns are idolized as symbols of power and privilege, as they are expensive and not easy to legally obtain.”

Thailand had 1,034 gun homicides in 2016, down from 2,234 in 2012. While overall gun violence may be declining, a feeling of insecurity has been growing among citizens in Bangkok.